Looking at the latest Windows 10 test build (15042) that dropped late last week, it's evident that the upcoming Creators Update is as good as feature complete. (A few hints: It identifies itself as 'rs2_release' during download, and the desktop no longer has a watermark.) So between now and its rumored April public release, we should see fewer preview builds, and if any, they will be more about bug fixes. 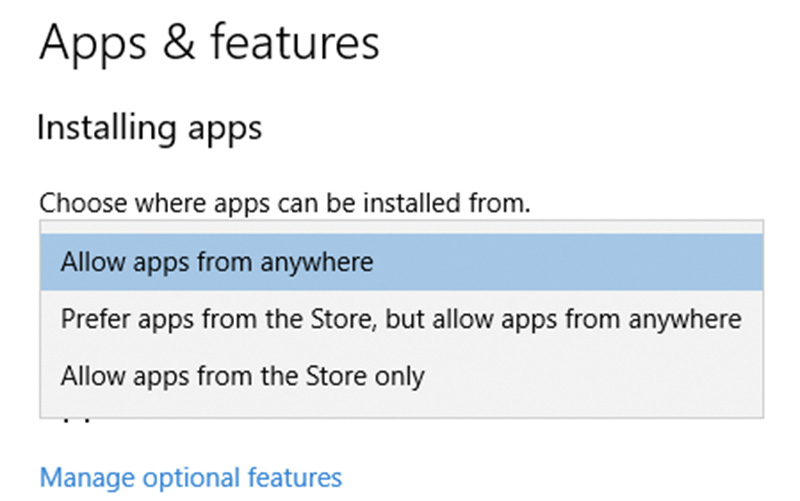 As of now, the default is to allow apps from anywhere (that’s why we run full Windows, right?), but there’s speculation that the Store-only option will be the default for the yet-to-be-announced Cloud version of the OS.

If this sounds like macOS’ Gatekeeper feature, well, that’s because it is. Previous Story
Meet the Surge S1, an SoC by Xiaomi that will power the upcoming Mi 5c
Next Story
MWC 2017: The Book One is a 2-in-1 notebook by Porsche Design