You vs. Wild is Netflix's next interactive series starring Bear Grylls

You vs. Wild is Netflix's next interactive series starring Bear Grylls 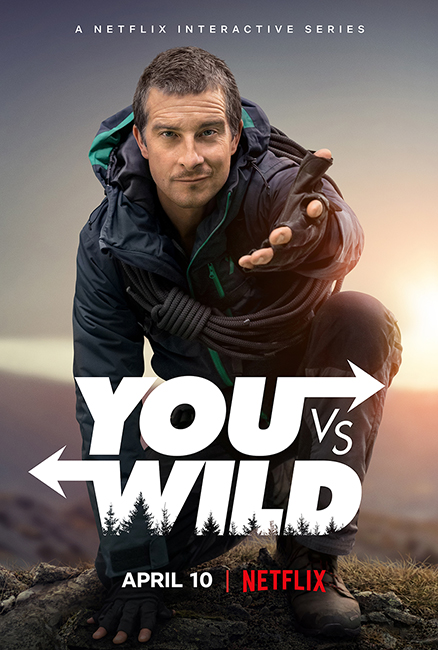 Hot off the success of Bandersnatch, Netflix today announced You vs. Wild, another interactive series that will give viewers choices and control over how the narrative unfolds.

However, You vs. Wild takes a more family-friendly, light-hearted tone and stars survival expert Bear Grylls, better known for his Discovery Channel series Man vs. Wild.

You vs. Wild will let viewers explore the natural world, covering everything from dense jungles to towering mountains and harsh deserts. And as you might've already guessed, the choices you make will determine whether Bear succeeds or fails.

The 8-episode series is being billed as a live-action adventure series, calculated to appeal to a wider audience than Bandersnatch. If you enjoyed Man vs. Wild, you might relish the chance to take greater control over Bear's decisions.

You vs. Wild drops on Netflix on 10 April.