You can now pre-order the BlackBerry KEYone for RM2,688

You can now pre-order the BlackBerry KEYone for RM2,688 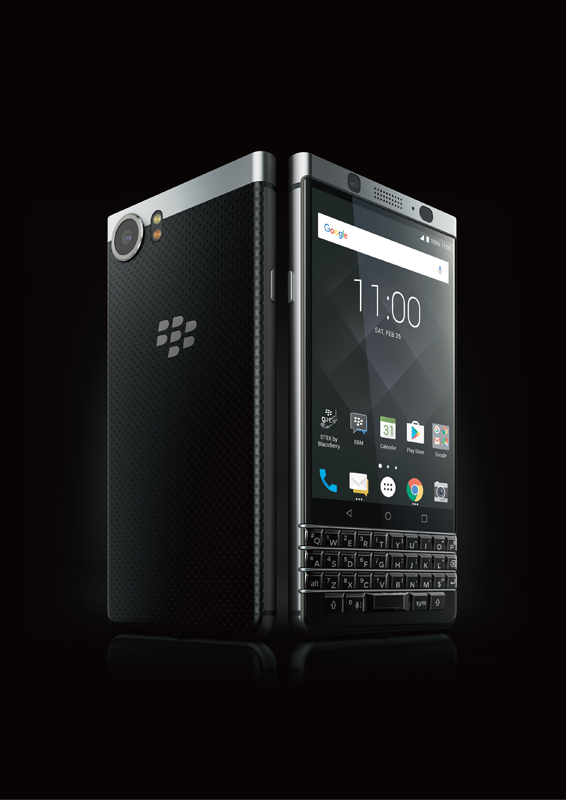 Can’t get enough of the nostalgia that was coursing through your veins when Nokia announced its Malaysian return about a month ago? Well, brace yourself for the second wave, folks, as BlackBerry is likewise making a comeback to local shores with its latest Android-powered smartphone, the KEYone, courtesy of TCL Communication.

Of course, the KEYone also has a 12MP f/2.0 rear camera that’s outfitted with a Sony IMX378 image sensor and phase-detection autofocus, as well as a fixed-focus 8MP f/2.2 front-facing camera for your post-'werk' selfies.

But what really makes the KEYone distinctively BlackBerry is its physical keyboard, which Blackberry is calling a Smart Keyboard because of its ability to respond to touch gestures and recognize more than 52 different customizable shortcuts. The Smart Keyboard can be customized in such a way that pressing 'I', for example, will bring up Instagram, while pressing 'M' will open up Google Maps. Also, the KEYone has a fingerprint sensor embedded within its spacebar.

Like all other BlackBerry devices, security is of utmost priority with the KEYone. With the pre-installed DTEK by BlackBerry app, users will be able to monitor the state of their privacy and security, and even discover whether there are any apps secretly using the camera to capture a photo or video, switching on the microphone to record conversations, harvesting your contacts, or tracking your current location.

The BlackBerry KEYone can be pre-ordered online from now until June 19 through Lazada or 11street for RM2,688, before being available through the authorized retailers of Brightstar Distribution Sdn Bhd. Pre-ordering will entitle you to a complementary accessory, which varies depending on the store you decide to purchase the device from.

Previous Story
ASUS reveals pricing for its new ZenBooks and VivoBooks in Malaysia
Next Story
NVIDIA's GEXT is a gaming tourney with US$75,000 in prizes