Note: Originally published on 14 February, the article has been updated with local pricing details. Xiaomi officially unveiled its newest flagship phones yesterday in China and they are spec monsters.

There are two phones, the Mi 10 Pro and the Mi 10, and at first glance, it's hard to make out which is which.

That's because the two are almost physically identical and they share many similarities.

For a start, the two have nearly identical displays. They are 6.67-inch OLED displays with a resolution of 2,340 x 1,080 pixels. They have a high refresh rate of 90Hz and support HDR10+. They also have in-display fingerprint sensors. However, the Mi 10 Pro's display boasts a higher peak brightness of 1,200 nits whereas the Mi 10's display only gets up to 1,120 nits. 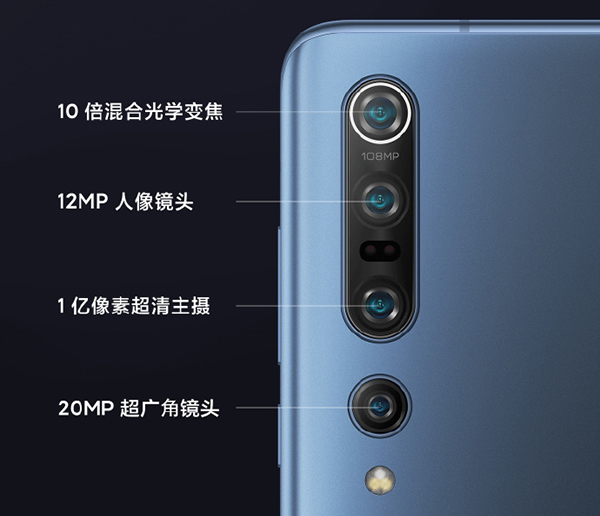 The big difference lies in their rear camera setups. The Mi 10 Pro has a 108-megapixel main camera, an 8-megapixel tele, a 12-megapixel portrait, and finally, a 20-megapixel ultra-wide.

The Mi 10, on the other hand, also has a 108-megapixel main camera but it comes with a 7 element lens instead of the 8 found on the Mi 10 Pro. Its other cameras are a 13-megapixel ultra-wide, a 2-megapixel macro, and a 2-megapixel depth sensor.

Both phones will be able to record video at 8K and they have the same front-facing cameras that shoot at 20-megapixels.

Lastly, both phones will support 5G and also the latest Wi-Fi 6 wireless standard. The Xiaomi Mi 10 and Mi 10 Pro are already available for pre-order in China, with the Mi 10 going on sale today (14 February) while the Mi 10 Pro will go on sale next week on 18 February.

No word yet on local availability and pricing but we will be sure to update this article if we get news.

Xiaomi Singapore just announced that the Mi 10 Pro and Mi 10 will be available from 13 May. You can pre-order the phones from today till 12 May at the following prices:

Both phones are entitled for 24-month warranty coverage and one-time screen damage protection.