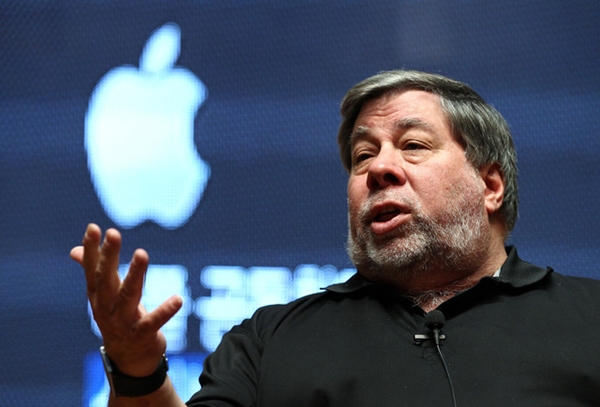 If Steve Jobs was still alive today, we wonder if he would be happy or furious after knowing what his friend and business partner Steve Wozniak had shared during an interview with Wired.

According to Wired, Wozniak commented that Apple should explore the possibility of making Android smartphones as it will stand to benefit from having a presence in two markets.

Wired - “There’s nothing that would keep Apple out of the Android market as a secondary phone market,” said Wozniak–who, it should be noted, is no longer involved in the day-to-day workings of the company. “We could compete very well. People like the precious looks of stylings and manufacturing that we do in our product compared to the other Android offerings. We could play in two arenas at the same time.”

Judging from how Steve Jobs hated Android, the prospect of Apple making Android smartphones is remote. Walter Isaacson, who wrote the biography on Jobs, revealed how the former Apple CEO was willing to go "thermonuclear war" on Android as he felt that it is "a stolen product".

Moreover, Apple has always focused on controlling every aspect of the software running in its devices so that consumers will get the best user experience. This goes against the open source nature of Android where handset makers are free to modify and develop their own interfaces based on their needs, resulting in inconsistent user experiences across different devices.

This brings Wozniak to his next points about features, interfaces and innovation. Wozniak takes a swipe at Samsung for mistaking "feature creep" for innovation.

Wired - “If you have something really good, don’t change it; don’t screw it up,” he said. “You pick up a Samsung phone and say smile and it takes a picture, but how much innovation is that? That’s just throwing in a lot of features.”

Wozniak remains supportive of Apple's strategy of not overwhelming iOS with too many features as consumers do not buy a device based on the features. In fact, he thinks that Apple is "superior at being able to say no". Steve Jobs made a similar statement during Apple's Worldwide Developers' Conference in 1997:

"People think focus means saying yes to the thing you've got to focus on. But that's not what it means at all. It means saying no to the hundred other good ideas that there are. You have to pick carefully. I'm actually as proud of the things we haven't done as the things I have done. Innovation is saying no to 1,000 things."

When questioned on whether innovation has stalled at Apple, Wozniak shares his belief that the company is just waiting for the right time to release the right product.

Wired - “The great products really come from secret development,” he said. “You put small teams of great people on them and they aren’t bothered by other people commenting on what they’re doing while they’re doing it. A whole new category of products doesn’t happen very often. It might happen once a decade. Sometimes you have to wait for one of those to come about.”

Apple has been criticized in the past three years for not introducing a new product category since the first iPad in 2010, and critics have questioned whether there is any innovation left in Apple after the passing of Steve Jobs.

There are rumors of a smart watch and TV in the pipeline, and CEO Tim Cook has revealed that consumers can expect new product categories later this year.