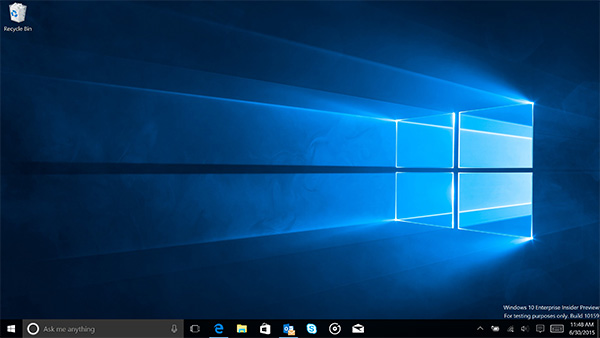 Let’s keep this short: Microsoft has released Windows 10 Insider Preview Build 10162 to the Fast ring. For those following, this is actually the third build in four days.

While the previous Build 10159 came with a new wallpaper and login UI, and Build 10158 before it had several new features, not much details about this latest Build 10162 are shared. That said, this is expected. With the release of Windows 10 due less than a month away, Microsoft is now focusing on fixing bugs and polishing the UI, rather than adding new features.

Microsoft’s Gabe Aul has this to say about Build 10162:

Build 10162 is another great one. In fact, our testing and internal telemetry metrics show it has better reliability, performance, battery life, and compatibility than any Windows 10 Insider Preview build so far.

In fact, Build 10162 is so good that Microsoft has released its ISOs even before it has hit the Slow ring.

Previous Story
The Oppo Mirror 5s is unveiled, runs on Snapdragon 410 and Android 5.1 Lollipop
Next Story
It’s possible to write code for a complete game in a tweet