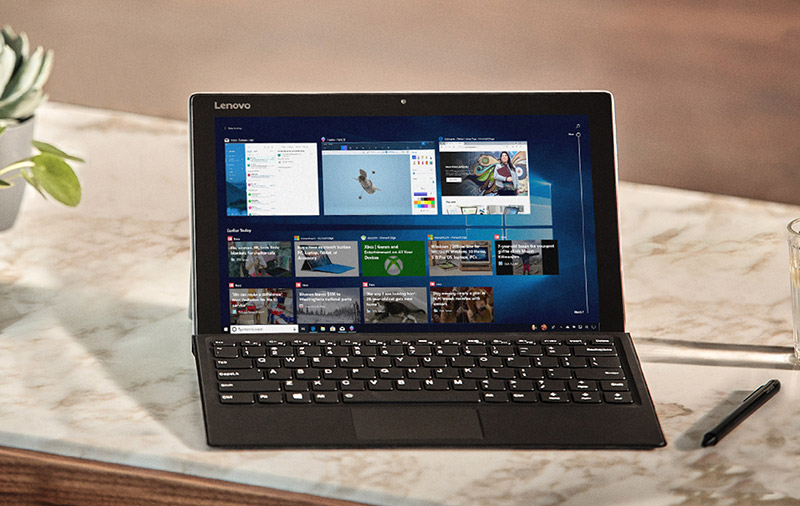 Update, May 1, 2AM: The Windows 10 April 2018 Update (a.k.a. Windows 10 version 1803) rollout has started. You can now manually download the update here. Microsoft has also published a post detailing features that are removed or planned for replacement starting this version.

Microsoft has announced that the next Windows 10 feature update, officially called the Windows 10 April 2018 Update, will be available as a free download beginning Monday, April 30. It will arrive on Windows Update on Tuesday, May 8.

Compared to the last two updates, this April 2018 Update is without question the smallest of the trio in terms of major new features. The tentpole of this release is Timeline, which lets you find stuff on your Windows 10 PC as far back as 30 days. If you’re using the Microsoft Edge browser or Office 365 on your iOS or Android device, you can also pick up from where you left off when you get back to your desktop.

Another highlighted feature is Focus Assist. In short, Focus Assist helps you get things done without distractions (you know, like social media or other notifications). You can set it to turn on automatically at certain times during the day when you want focused time. And at the end of it, you’ll get a summary of what came through. You can have important calls or emails to come through when Focus Assist is enabled, of course.

Speaking of Microsoft Edge, the default Windows 10 browser has a few new tricks up its sleeve, too. For example, you can now click the audio icon to mute and unmute a tab that's playing sound. Books, PDFs, and Reading View pages can also go fullscreen now. Autofilling on web payment forms, a new clutter-free printing option, and new Grammers Tools are some of the other smaller but useful features.

The Windows 10 April 2018 Update is also getting a couple of voice-user interface improvements. The improved Dictation feature is one: as long as your cursor is in a text field, just press Win+H and start talking to take a note. And in markets where Cortana is available, you can use the voice assistant to control your smart home right from the PC.