Windows 10 and Xbox One will support Dolby Atmos in 2017

Windows 10 and Xbox One will support Dolby Atmos in 2017 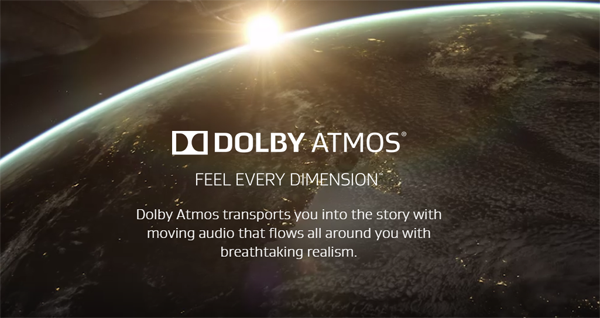 Microsoft has recently announced through Xbox Wire that Dolby Atmos will be coming to Windows 10 systems and Xbox One consoles in 2017 – with the latter being the first gaming console to support the surround sound technology.

Why should you be excited? Because Dolby Atmos would make your games that much more immersive with the three-dimensional, all-encompassing audio experience that it brings. What this means in the context of video gaming, is that you’ll be able to hear enemies creeping up behind you, the whoosh of a bullet just narrowly missing the side of your head, or a helicopter that’s hovering above you.

Microsoft says Dolby Atmos would work with virtually any pair of headphones, but it goes without saying that it would be much more engaging with a Dolby Atmos-certified speaker system or soundbar (like the Philips B8).

In the same announcement post, Microsoft also mentioned that Blu-ray Bitstream pass-through – which includes support for Dolby Atmos on the Xbox One and Xbox One S – will be rolling out to Xbox One Preview members this week. This feature allows all Xbox consoles to transmit Blu-ray audio data untouched to the high-end audio setup that you have at home, allowing you to experience the best possible sound quality from your Blu-ray movies.