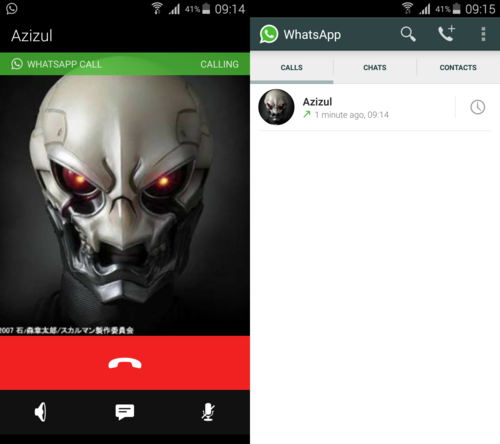 But from today onwards, that will no longer be the case, as WhatsApp is officially rolling out the voice calling update through Google Play and its official website.

You will need to be using v2.12.5 of WhatsApp in order to make voice calls. Once downloaded, making calls is as simple as heading to the new 'calls' tab, tapping on the unmistakable handset symbol on the top right hand corner of the screen, and selecting the person who you wish to call.

This voice calling feature relies solely on your Internet data to initiate calls, unlike in previous versions of WhatsApp, which switched to your phone’s standard dialer when you made a call.

iOS users are unfortunately still unable to make voice calls for the time being. But they need not despair, as WhatsApp co-founder Brian Acton recently said during Facebook’s F8 developers’ conference that voice calling will be making its appearance on iOS devices in a ‘couple of weeks’.