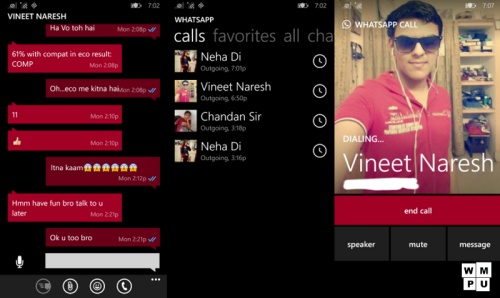 To-date, WhatsApp users on Windows Phone devices cannot make a call using the app as the feature is yet to be enabled. However, that will change soon.

According to wmpoweruser, a beta user spotted the voice-calling feature in the latest version of WhatsApp Beta (2.12.38). At the moment, not all Windows Phone users have access as the WhatsApp Beta testing is limited to only some users.

Wmpoweruser believes that if the WhatsApp Beta testing goes on smoothly without any glitches or bugs, Windows Phone users can expect WhatsApp to launch the feature for all users sometime soon. The voice-calling feature debuted on Android in early April followed by iOS in the following weeks.