Mobile messaging apps are taking up strong in Asia, becoming largely popular for their fun emoticon stickers. In an effort to attract more consumers to review products and services of a retail outlet they patronize, Werebits Sdn Bhd - the developer of ChopInk, a mobile loyalty app for retail - has just announced CHOP-STICK, which comes in the form of fun emoticon stickers. 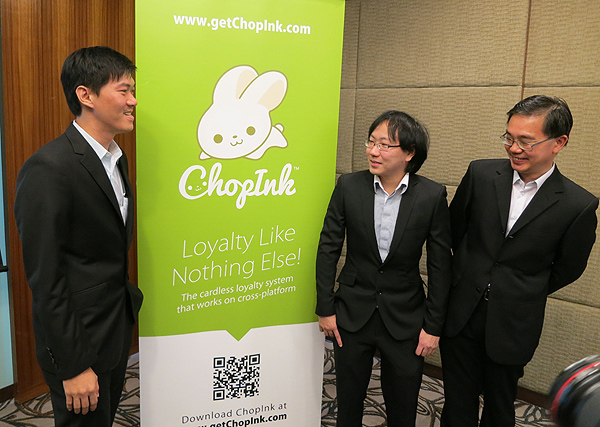 "This new communication trend is what prompted us to innovate to make ChopInk more fun to use for consumers," said Ho. "All they need to do is use their smartphone to capture a photo of a product or a retail outlet, add the appropriate CHOP-STICK sticker on the photo to reflect their review and then share the photo post with their friends on their selected social media platform."

Launched earlier last year, ChopInk is a digital loyalty system that uses a smartphone-based app to replace paper-based loyalty stamp cards. This allows retailers to leverage on ChopInk to run multiple loyalty programs, offer rewards for multiple purchases, set up automated follow-ups for birthdays or reward expiry and even engage irregular customers into becoming frequent buyers. According to Ho Heng Yew, Marketing Director of Werebits, the addition of CHOP-STICK encourages a more dynamic engagement and conversation between merchants and consumers, which will ultimately help boost consumer's loyalty to merchants' brands.

“The mobile app space is changing radically in the past one year. Our aim is to help retailers stay on top of the game by giving them the right tools to engage with their consumers. I am confident we will see a stronger take-up of ChopInk by both consumers and merchants with the introduction of this new sticker feature”, added Ho.

For more Tech News, please click here for other reports.