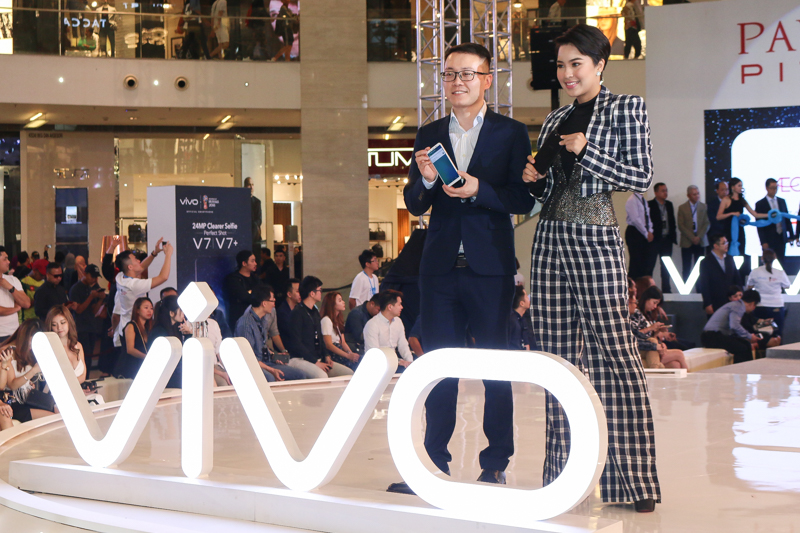 There's a new near bezel-less smartphone in town – one that won't cost you an arm and a leg. It's called the vivo V7+, and it comes with a massive 5.99-inch FullView display with bezels that are a mere 2.15mm thick. But even with its considerably large display, you should't need to perform any finger acrobatics to, say, slide down its notification panel, as vivo says the V7+ has a form factor of a 5.5-inch smartphone.

Not everything about its display is sunshine and rainbows, however, as its resolution tops out at 1,440 x 720 – not something you would expect from a smartphone in 2017. Having said that, we managed to spend some time scrutinizing the display of the V7+ during its launch earlier today, and didn't notice any unsightly jagged edges around finer details. Everything on-screen was sharp and crisp, while colors were welcomingly pleasant. 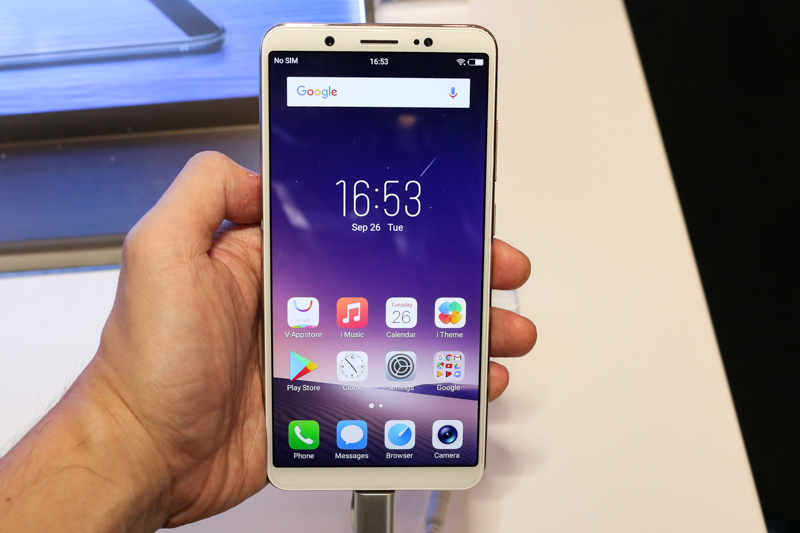 Residing within the V7+ is a Qualcomm Snapdragon 625 octa-core processor, 4GB of RAM, 64GB of internal storage (expandable up to 256GB via microSD), and a 3,225mAh battery. Not the most exciting of hardware, but for all intents and purposes, it should be good enough for casual users. If it’s any consolation, the V7+ does have an AK4376A Hi-Fi audio chip to appease the audiophile in you.

Of course, the highlight of the V7+ is naturally its 24MP f/2.0 front-facing camera, which comes loaded with a host of features to help you capture the best-looking selfies, such as a Portrait Mode, and an improved Face Beauty mode. Those of you who aren't that into selfies would perhaps be more interested in its 16MP f/2.0 rear camera instead, which has an Ultra HD mode that allows you to create super high-resolution 64MP images by stitching the best parts of four images together. The V7+ is available in shades of Crown Gold and Matte Black, and will be available for purchase for RM1,499 on September 29, 2017 from vivo concept stores, partner stores, and e-commerce stores, including Lazada.