ViewSonic Malaysia brings in seven new IPS monitors for everyone

ViewSonic Malaysia brings in seven new IPS monitors for everyone

ViewSonic Malaysia has unveiled seven IPS monitors for the Malaysian market today, as part of the company’s marketing campaign called ‘IPS for Everyone’. At the same time, these IPS monitors are also what the company calls SuperClear IPS monitors. 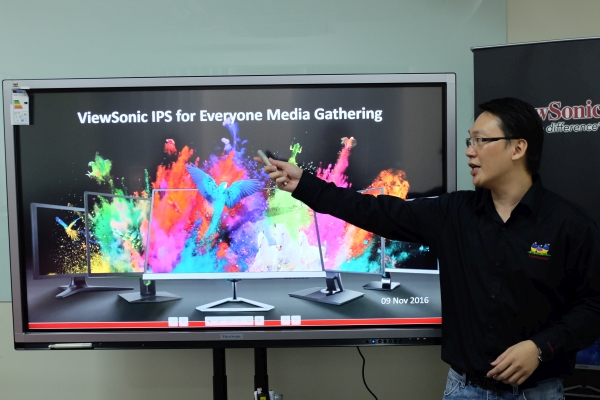 VA2419-SH and VA2719-SH
The seven monitors include the VA2419-SH and the VA2719-SH, essentially 24-inch and 27-inch models of the same line. These come in Full HD resolution, with a VGA port and an HDMI port, and all of ViewSonic’s standard features like Blue Light Filter and Flicker-Free tech. These two models come pretty affordable as well, in line with ViewSonic’s strategy, with the former being priced at RM499 and the latter at RM799. VX2476-SMHD and VX2776-SMHD
For those who are looking for something a little more, there’s the VX2476-SMHD and the VX2776-SMHD. These are essentially the same as the previous models – the former representing the 24-inch entry, while the latter is the 27-inch model. What you get here that’s not found in the VA19-SH models are built-in stereo speakers, and a greater emphasis on design. These are only 6.6mm thin, and feature a more stylish-looking stand. For these extras, they’re priced at RM699 and RM999, respectively. VX3209-2K
A step up from the VX76 models is the VX3209-2K, which measures in at 32-inches and comes in QHD resolution. Generally looking the same as the VX76-SMHD models, this comes with a slightly different stand, and also has the extra benefit of being FreeSync compatible. For all this, the VX3209-2K is priced at RM1,199. XG2703-GS
For the gamer who prefers NVIDIA tech over AMD, ViewSonic has the XG2703-GS, which is a 27-inch G-Sync monitor with a WQHD resolution. Not stopping at G-Sync, this monitor also comes with NVIDIA’s Ultra-Low Motion Blur tech, and comes with a refresh rate of 165Hz when connected using a DisplayPort. Of course, you also get an HDMI port with this monitor if you’re willing to pass up on the 165Hz refresh rate. Of course, all these come at a higher price point of RM3,299. 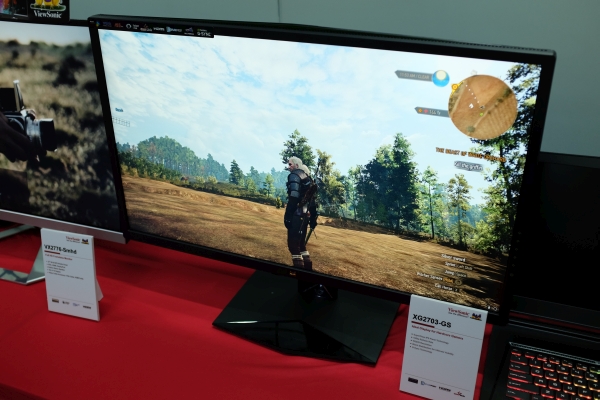 VP2468
For those who work with colors professionally, on the other hand, there’s the VP2468, a Full HD monitor that has been factory calibrated to a Delta E<2 value. This ensures you get the most accurate colors possible right out of the box. It also comes in what ViewSonic calls a 4-Sided Frameless Design, with really thin bezels on all sides, including the bottom, sacrificing the space where most monitor makers leave their branding. This, and the ability to swivel and tilt the display in any direction you want, allow a multi-monitor set up, or even a 2x2 video wall if you want to. You also get a lot of connectivity options on this one, with one DisplayPort, one Mini DisplayPort, two HDMI ports and four USB 3.0 ports. All this comes priced at RM1,299.