Although video games are starting to move more and more to the realm of Virtual Reality (VR), many are still very much happy to use good old monitors. 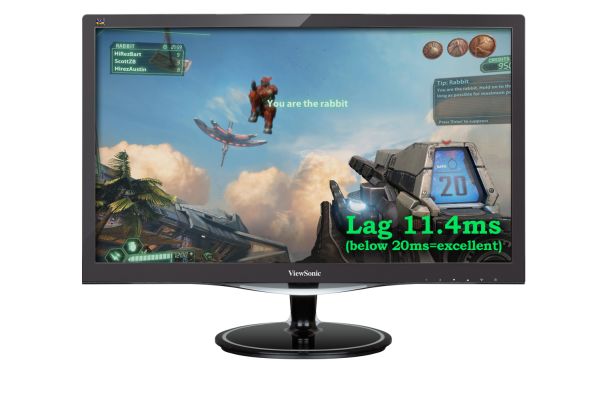 ViewSonic recently unveiled their latest series of gaming monitors, the VX57 Series. The monitors will come in three different sizes, with all of them having fast response times that eliminates screen tearing and stuttering, allowing for a smoother game experience.

“ViewSonic is known as an industry leader for providing some of the highest quality and feature-rich professional monitors, it is simply a natural extension that ViewSonic would provide the best professional-level monitors for gamers…With ultra-fast response time and eye-care technology, ViewSonic’s VX57 series is specially engineered to meet the demanding needs of gamers and is loaded with the premium features needed to dominate and defeat any and all opponents,” said David Chen , Business Line Manager of ViewSonic Asia Pacific.

The three models under the VX57 Series include the VX2257-mhd, VX2457-mhd, and VX2757-mhd. All of them sport Full HD resolutions and are 22-, 24- and 27- inches respectively. Thanks to its low input lag mode and 1ms response times, the monitors minimize common problems such as ghosting and blurring. 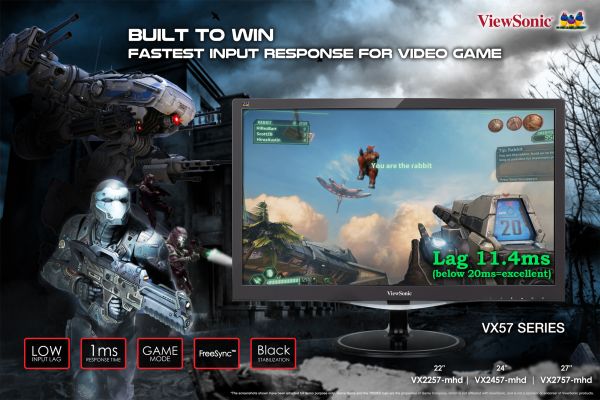 Besides its ultra-fast response times, the VS57 Series are also equipped with AMD FreeSync technology and VESA Adaptive-Sync technology. This lets the monitors provide variable refresh rates that can prevent stuttering and screen tearing, giving players a smoother experience with their games.

The VX57 Series also come with a plethora of connectivity options, ranging from VGA, DisplayPort and HDMI ports. Adding to its versatility, the monitors also come with in-built spears in case your table space cannot accommodate external speakers.