If you’re a fan of the Tom Clancy’s Rainbow Six franchise, then perhaps you’ve also though at some point that you want figures from the franchise as a collector’s item. If so, then you’ll be glad to know that Ubisoft’s SIX Collection Chibi figures are now available. 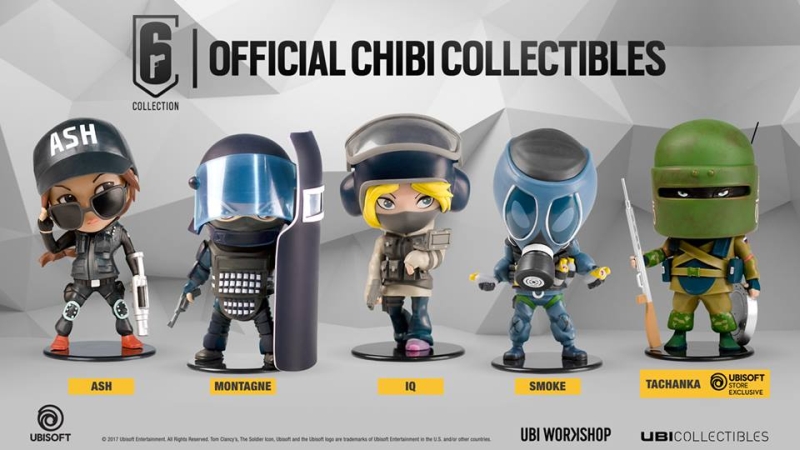 There collection currently consists of five characters from Rainbow Six: Siege. These are brought to you by Ubicollectibles, Ubiworkshop and Ubisoft Montreal to ensure that they remain as faithful to the characters as possible, while shrinking them down to 10cm chibi figures. They are Ash, Montagne, IQ, Smoke and Tachanka. Each one is a representative of the first five national counter-terrorist units in Rainbow Six: Siege. That last one is a Ubisoft Store exclusive, but since the Ubisoft Store isn’t available in Southeast Asia anyway, you can get them at game-friendly stores instead.

Getting them will also mean getting 'a unique code to unlock exclusive in-game content in reference to the charms hanged on the operator’s weapons,' likely a corresponding figure to your figure of choice.

The whole set costs RM399, and will be distributed by PLAY Distribution Asia.