Just last week, U Mobile teamed up with BLoyalty to provide its postpaid customers with an automatic membership of the BCARD Loyalty Program. 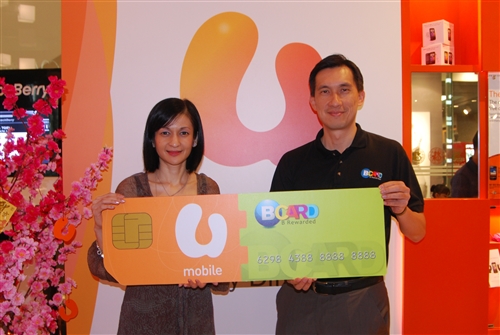 Every time a U Mobile postpaid customer pays their bills, they will receive points which can in turn be used to redeem rewards and discounts at 48 merchants nationwide, including Starbucks, Kenny Rogers Roasters, Berjaya Hotels and many more.

Following the announcement of this campaign, Gary Yeoh, Director of BLoyalty announced, “In conjunction with our partnership with U Mobile, we are delighted to announce an early-bird promotion: 5 lucky U Mobile postpaid subscribers who submit their completed registration forms before 15 March 2012 will stand a chance to win a brand new Samsung GALAXY S II.”