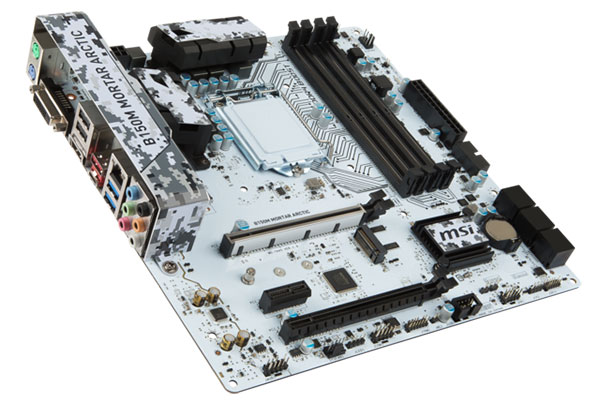 MSI may have focused on the high-end lately with several new Intel X99 and Z170 motherboards, but that doesn’t mean it has forgotten about more budget-oriented segments. It has announced two new micro-ATX B150 boards, the B150M Bazooka Plus and B150M Mortar Arctic, which are actually updated versions of the B150M Mortar and Bazooka respectively. In sum, the new boards feature revised designs and additional features, like support for USB Type-C.

As its name suggests, the B150M Mortar Arctic now has an all-white PCB with a digital camouflage pattern. This styling applies to the heatsink and I/O shield as well, and it's nice to see a white-themed motherboard show up in the budget motherboard segment.

That aside, the most significant change is probably the presence of a USB 3.0 (or USB 3.1 Gen 1) Type-C port on the rear I/O panel.

The B150M Bazooka Plus has meatier upgrades than the Mortar Arctic, and it now has a PCIe 3.0 x16 slot that’s reinforced by steel and a new M.2 socket, in addition to a USB 3.1 Gen 1 Type-C port as well. 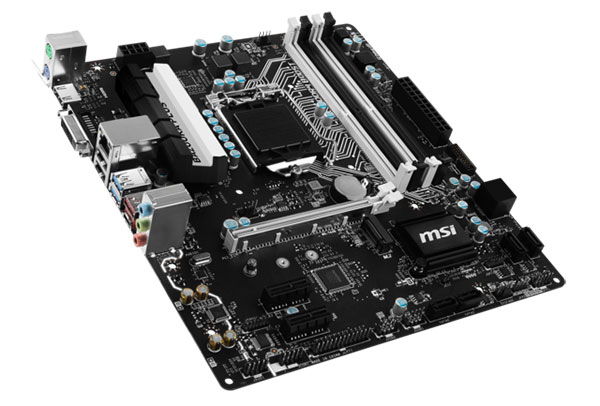