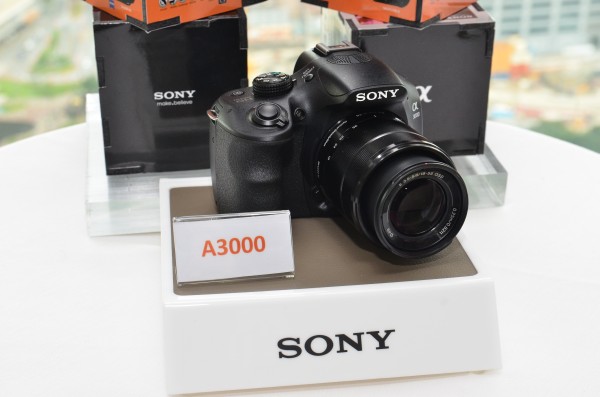 Last Friday, our friends over at Sony Malaysia held a special media preview session for two of its newest cameras: the Sony A3000 (Alpha 3000) and the NEX-5T. The event was held at the Skybar Lounge in Traders Hotel, KL, serving as a platform for us to get some hands-on time with both cameras, as well as a range of new lenses designed for Sony E-Mount cameras.

The A3000 is an entry-level E-mount camera (traditionally associated with the NEX-series cameras) that features a DSLR-like body, mated to a 20.1MP APS-C Exmor sensor. Controls are similar to that of the NEX cameras, making it a camera that's targeted to the casual photographers. As usual, there's a plethora of image effects to play around with, giving you plenty of creativity options. During our hands-on session, we found the A3000 to be extremely lightweight, mainly because the camera has a lot of plastic components.

As for the NEX-5T, it is essentially the NEX-5R that's equipped with NFC capabilities. Specifications remain the same, including a 16.1MP APS-C Exmore sensor, Fast Hybrid AF system, and a 3-inch touchscreen LCD that's tiltable. We really liked the NEX-5T because it's pretty much like any NEX that we've played around with thus far: solid and highly responsive. You'll still have to access a majority of the shooting options through the menu though, because there's a lack of manual controls on the camera. 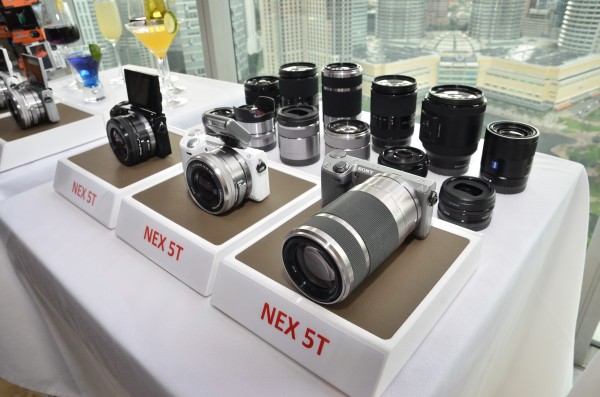 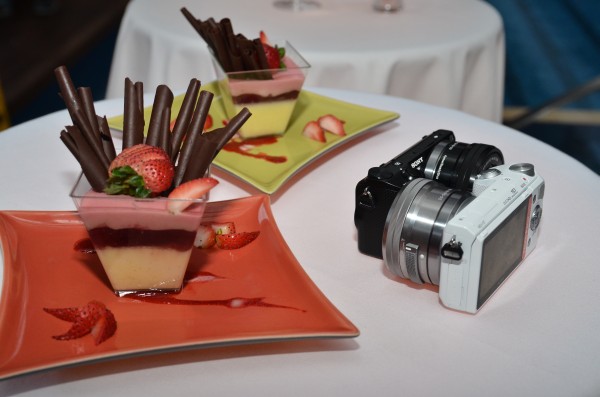 Both cameras are making their way to Malaysia very soon, according to a spokesperson from Sony Malaysia. Unfortunately, there's no confirmation on pricing details just yet.

For the latest on Sony, please follow us here.