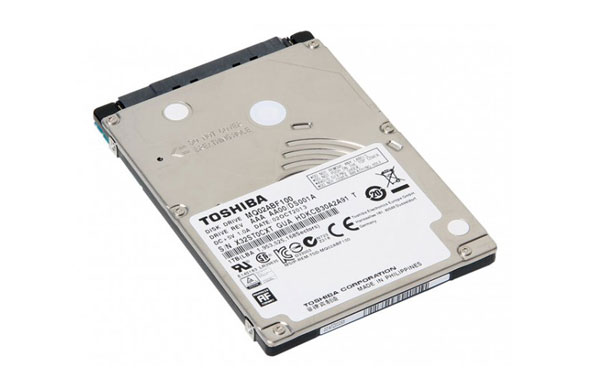 Toshiba recently launched its first small form factor, two-platter 2.5-inch hard drive that measures only 7mm thick, and weighs only 99g. The product is called MQ02ABF, and is designed to be used in Ultrabooks, a category of notebooks that are meant to be highly portable.

To get it this small, Toshiba used a thinner mechanical structure that has a 5400rpm spindle motor, while its newly designed rigid chassis keeps noise levels down to about 22dB when it's idle, and 23dB during seek, as well as provide the drive with shock protection of up to 3430m/s2 (350G) while in use.

According to Toshiba, the MQ02ABF 2.5-inch hard drive, will come in two storage capacities; 1GB and 750GB. It will also have four heads built in, which allows it to offer average seek times of 12ms. It also uses the SATA 3.0 interface, and has a transfer rate of up to 6Gbits/s.

While this is an exciting product that will contribute to thinner and lighter notebooks, Toshiba weren't the first to introduce this new category of thin hard drives. Back in June 2013 (Computex), it was Western Digital which showed that it was possible to build such a small HDD.

Unfortunately, prices and availability aren't available at the moment, but we will keep this space updated once we get any information.