Toshiba Satellite Radius 11 announced, a 2-in-1 convertible that starts at US$329.99

Toshiba Satellite Radius 11 announced, a 2-in-1 convertible that starts at US$329.99 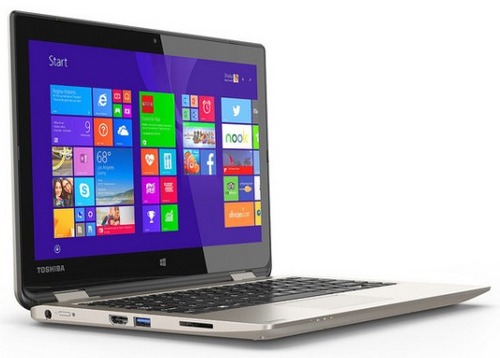 The latest in the Toshiba's Satellite family of laptops, the Radius 11, is set to go on sale with a retail price starting at US$329.99.

Like its Click series, the Radius 11 will come with 2-in-1 functionality, allowing you to use it both as a tablet and a laptop. Although the screen is not detachable like the Click line, the Radius 11 instead features hinges that will allow it to rotate 360 degrees, as well as offer multiple usage modes: Laptop, Tablet, Tabletop, Presentation and Audience.

The Radius 11 line will run the Windows 8 OS, pack an 11.6-inch diagonal, HD TruBrite touchscreen display (Toshiba didn't specify the resolution), multiple configurations with the Intel Pentium or Celeron processors, up to 4GB of RAM and either 32GB of speedy flash memory or a spacious 500GB hard drive. There's also a HD webcam, two USB ports (one USB 3.0, one USB 2.0), a HDMI port and a SD card slot. 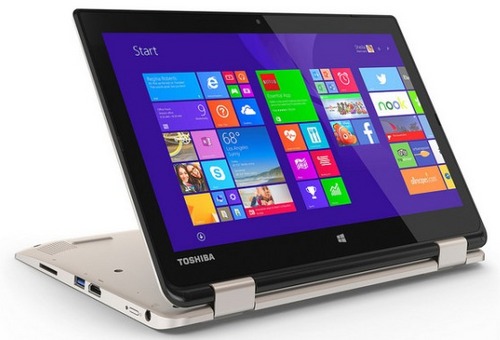 The Radius 11 series will go on sale on October 26 in the U.S., though there's no word yet on when (or if) it'll hit our shores or the pricing. Still, if you're on the lookout for an everyday computing solution that has 2-in-1 capabilities you should definitely keep an eye out for the Radius 11 series. One of the other similarly spec-ed options, the Yoga 11s, costs a lot more when compared to the Radius 11. With its price starting from only US$329.99 (approx. RM1,080), it's definitely not a big dent in the wallet.