Tim Cook On Toasters and Refrigerators 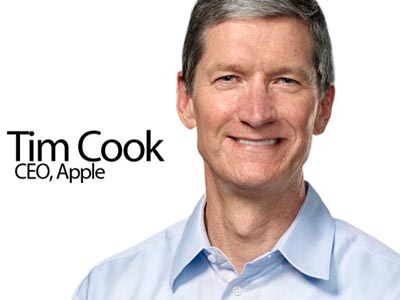 Like his predecessor, Steve Jobs, current Apple CEO Tim Cook isn't known to mince his words. The Cupertino firm delivered their latest financial results via a conference call recently, and Cook was asked if he believed the markets for tablets and notebooks would eventually converge. Naturally, the question posed to him was a less than subtle allusion to Microsoft's upcoming Windows 8 operating system, designed to work on both tablets and computers. And this was what the man had to say:

"Anything can be forced to converge, but the problem is that products are about tradeoffs and you begin to make tradeoffs to the point where what you have left at the end of the day does not please the user," Cook replied. "You can converge a toaster and a refrigerator, but those things are probably not going to be pleasing to the user."

Here's the rub. While Apple does not appear to advocate a one-size-fits-all approach with their operating systems, their current OS X platform for Macs are beginning to bear increasing similarities to their mobile iOS operating system. In an article published in February by 9 to 5 Mac, the site claims that "Mountain Lion (the most recent version of OS X) is all about putting even more of iOS into the bowels of OS X. Meanwhile, iOS-ification of OS X continues with Twitter integration in Mountain Lion and new iOS-esque apps, such as Messages, Notification Center, AirPlay Mirroring, Notes, Reminder, Game Center, and deep iCloud integration."

Apple might not adopt the toaster-refrigerator philosophy with their operating systems, but it is clear that attributes of iOS are beginning to creep into OS X. Interestingly, Cook's recent jab at Microsoft also solicited a response from the defending camp as well. Frank Shaw, a Microsoft spokesman, posted this retort on Twitter:

"Must be a typo. It’s not a toaster/fridge. It’s a toaster/oven. Those seem pretty popular. Just saying. #win8 #toasterovenFTW."

Hopefully, this war of words wouldn't escalate into sufferable litigation suits between the two tech juggernauts in time to come.