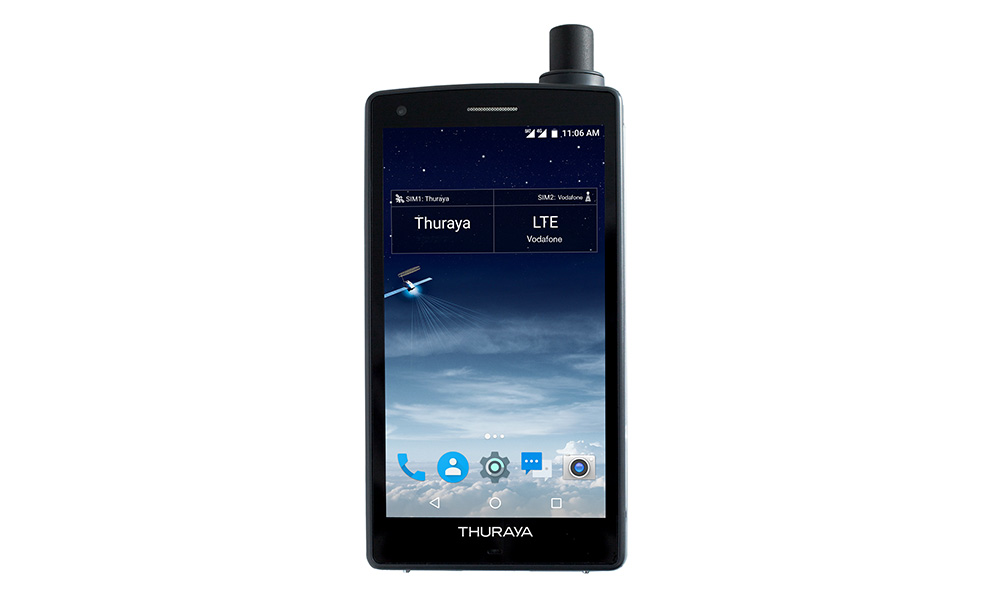 How would you like an Android smartphone that can connect both via GSM (2G, 3G, or 4G) and satellite at the same time?

Thuraya’s new X5-Touch, which will be available in the fourth quarter of the year, does just that. The satellite phone has a 5.2” Full-HD touchscreen that’s made from Gorilla glass. It has two SIM-card slots, an IP67 dust, and water resistance rating, and compiles with MIL standard.

The X5-Touch also comes with a high-capacity battery for extended use, a built-in SOS button, and front and rear cameras. It’s equipped with GPS, Glonass, and BeiDou systems for advanced tracking.

The rugged satellite smartphone is built for people who travel frequently. Especially those who move in and out of remote areas where phone coverage is weak or non-existent. This includes users who work in government missions, energy projects, enterprise communications, and NGO deployments.

Previous Story
Watch out AMD and NVIDIA, Intel said to be working on a gaming GPU
Next Story
The good-looking HP Chromebook x2 detachable runs Chrome OS and offers 10 hours of battery life