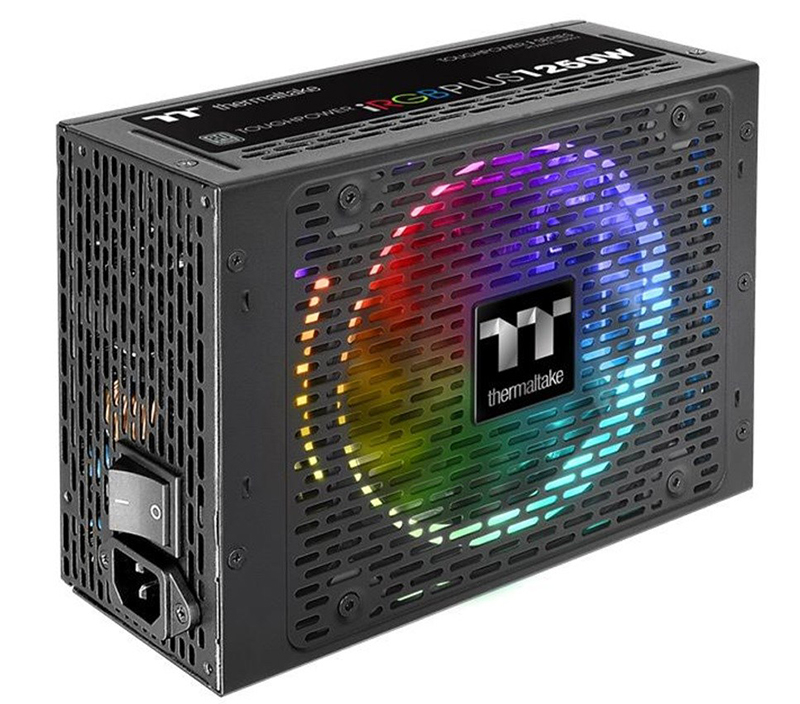 Thermaltake is all about RGB illumination these days. The company recently announced the Toughpower iRGB PLUS 1250W Titanium, a fully modular power supply with a Riing 14 RGB 140mm fan inside of it.

The fan has 12 individual LEDs, and supports up to 16.8 million colors, a first for a PSU. Before this, Thermaltake also had the Toughpower DPS G RGB 1250W Titanium, but the RGB fan in that model only allowed up to 256 colors.

On top of that, you get seven lighting modes – static, flow, RGB spectrum, ripple, blink, pulse, and wave – and each mode has an additional three different color modes and four light speed options.

All this can be controlled using Thermaltake’s DPS G PC App, and the same app can be used to tweak the fan speed as well.

Furthermore, this is an 80 PLUS Titanium PSU, so power efficiency should be top-notch.

As it turns out, Thermaltake has placed a heavy emphasis on power efficiency here, and the PSU also features Smart Power Management (SPM), a cloud computing platform that tracks and analyzes PC electricity consumption and helps users to tweak their habits to conserve power.

This is handled by the built-in 32-bit microcontroller unit (MCU), which contains its own processor core and memory. The MCU can also monitor the power delivery system and warn you of any anomalies, which makes for quite a nice touch.

Previous Story
Rumor: Apple might use micro-LED display for its devices 'as soon as 2018'
Next Story
Acronis Backup 12.5 has arrived to protect businesses from ransomware