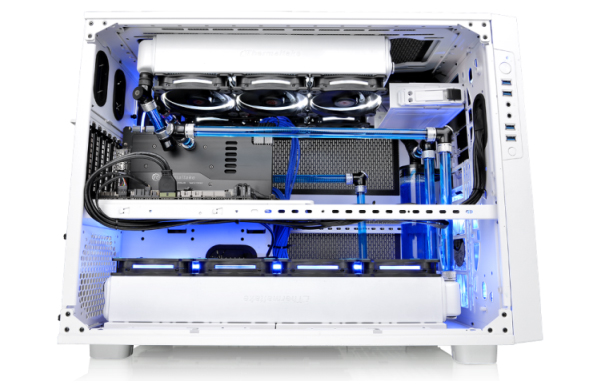 PC enthusiasts may know Thermaltake primarily for their PC cases and gaming peripherals. However, the company recently branched out into the water cooling market with its own pumps, water blocks, and fittings. Now, it’s looking to offer an even more comprehensive product portfolio with several radiator options for nearly any conceivable build.

The new radiators are divided into two separate series – the ultra-thick Pacific RL series for larger, full-tower cases, and the thinner Pacific R series for smaller cases. The radiators in each series are also available in a variety of sizes, so you can pick the one that matches the configuration of your case. 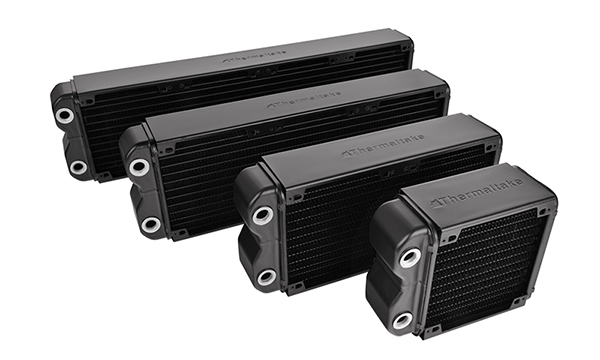 The slimmer R radiators have more limited color and size options. There is the R120, R240, and R360 for 120mm fans, but the R series will not have models to accommodate 140mm fans. It will however take even larger 180mm fans with the R180S, R360S and R540S, which are also slightly thinner than their non-S counterparts (36mm vs 39.9mm). All R series radiators are only available in black. 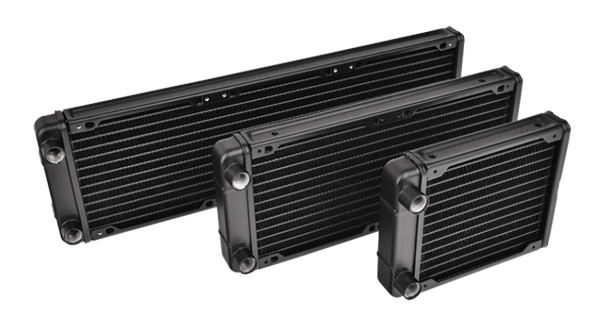 But other than their thickness, the two series share a similar design. They feature laser-cut aerospace-grade aluminium that has been treated with zinc to prevent corrosion. Both Pacific RL and R series radiators use flattened heatpipes that run through the aluminium fins.

Fin density appears to vary depending on the model, but you’ll probably want to use them with fans that are rated for a higher static pressure instead of air flow. 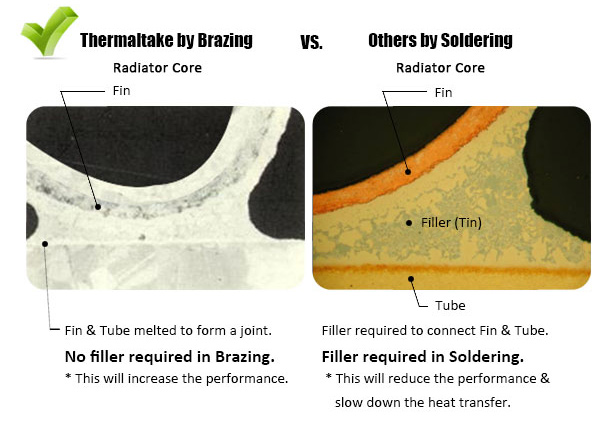 The new radiators can already be purchased online from Thermaltake’s website.