Thermaltake has updated its current all-in-one LCS (Liquid Cooling System) Water 3.0 Series with the new Water 3.0 Ultimate. It consists of a large 360mm radiator that is cooled by a triplet of 120mm PWM fans. The radiator supports up to six such cooling fans for additional heat dissipation. The water block boasts of a copper plate, and the kit comes with a number of brackets to ensure "universal socket compatibility" with both Intel and AMD processors. The Water 3.0 Ultimate is simple to install and its low-evaporation cooling tubes decreases the loss of the pre-filled coolant from the kit. The Water 3.0 AIO series was first introduced by the company in April last year. 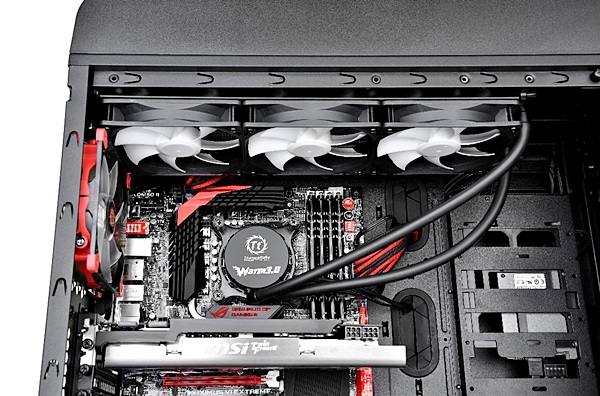