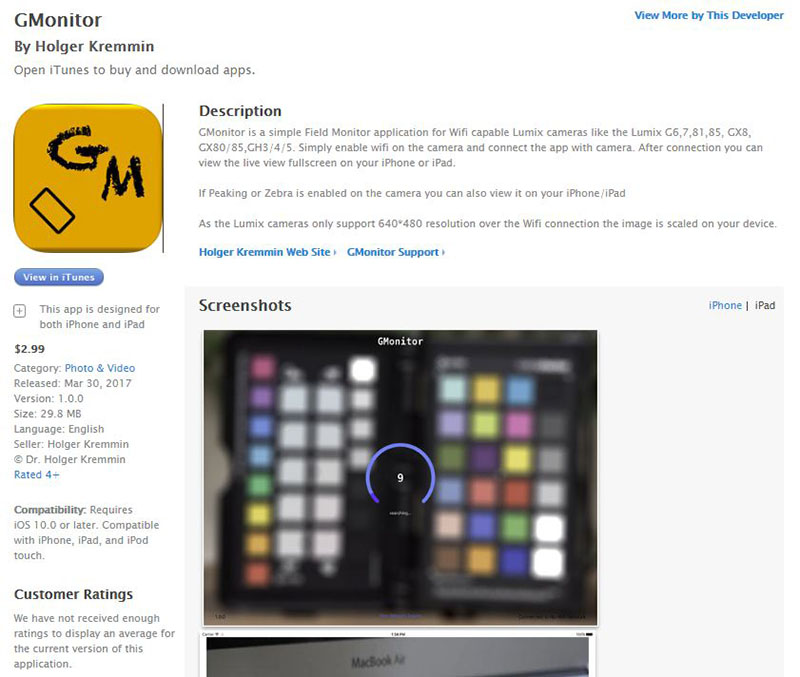 Panasonic’s LUMIX cameras have been used quite heavily for their video recording capabilities, and so an external Field Monitor option is certainly welcome. 43Rumors reader Holger Kremmin has created an app called GMonitor that lets you use your iPhone or iPad as a monitor for your LUMIX camera.

As he describes it:

“It is the first Field Monitor app for the GH5 – but will run on many other Wi-Fi capable LUMIX cameras as well (like GH4, GX80 etc.). For less than 3€ you get a large Field Monitor – compared to hundreds of Euro for an external one. If Peaking and/or Zebra are activated on the camera you can see them on the iPad or iPhone as well.”

He also shared two images of the app in use on 43Rumors, which we’re reposting here. 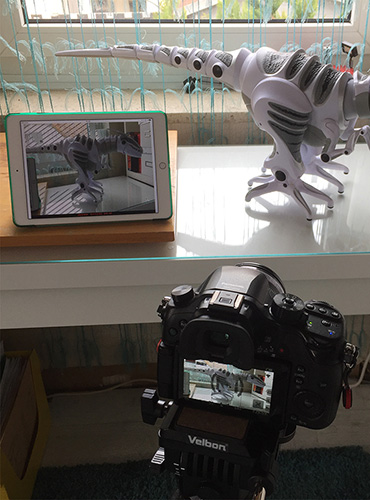 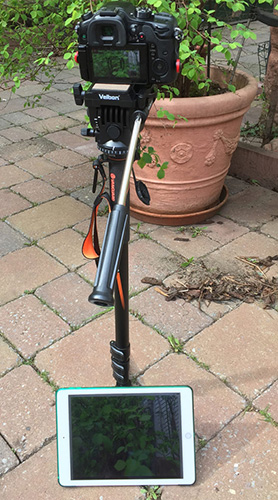 What do you think? For Panasonic video shooters this certainly should be worth considering. GMonitor is available now on the Apple App Store for RM12.90.