There are hidden images of the new MacBook Pro in macOS 10.12.1

There are hidden images of the new MacBook Pro in macOS 10.12.1 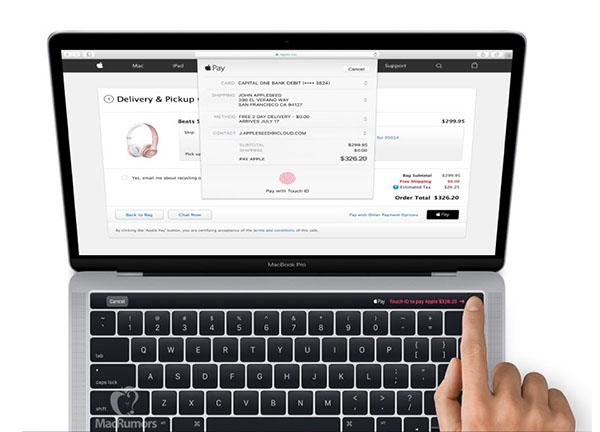 Apple is expected to announce its new MacBook Pro later this week. However, leaked images are offering first looks at what fans can expect.

Incredibly, these leaked images come from the latest update of macOS Sierra, 10.12.1. Hidden Apple Pay images clearly show a MacBook Pro with what looks like a touchbar that also incorporates TouchID.

The image also shows a user using the touchbar and TouchID with Apple Pay, and shows us that the MacBook Pro's design hasn't changed drastically.

The bezels are noticeably thinner and the speakers have been moved to the sides of the keyboard, while the keys also look significantly flatter, like the ones used on the MacBook.

It's impossible to tell how thick the new MacBook Pro will be from these photos, but it is highly likely that it will be considerably thinner and lighter than existing models.