Take a look at what's inside the Apple Pencil

Take a look at what's inside the Apple Pencil

iFixit has posted a dissection of the new Apple Pencil, and has discovered what it called "the smallest logic board we've ever seen". The Pencil's logic board weighs in at just 1 g, and features an ARM-based CPU, Bluetooth Smart radio, and more. 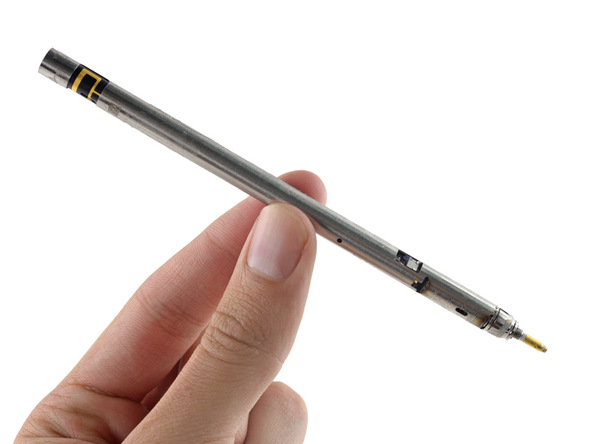 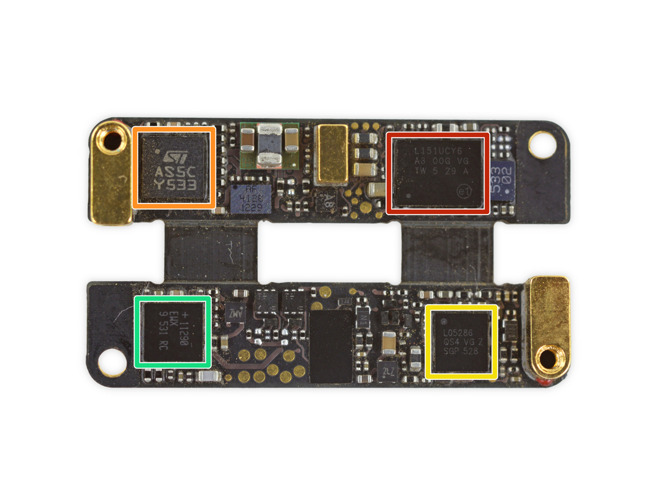 Getting to the hardware inside the Apple Pencil wasn't easy, iFixit had to cut the device's plastic casing into two parts, after they couldn't find an obvious point of entry to its internal components. The plastic shell also houses a tube-shaped lithium-ion battery, rated at 3.82 volts and 0.329Wh. For reference, that's about five percent of the charge of an iPhone 6s, though the Apple Pencil is rated for 12 hours of battery life, while 15 seconds of charging provides 30 minutes of battery life.

iFixit also found that the Pencil's pressure sensor features a tiny board with a series of moving ticks, which are believed to help sense pressure when users press the stylus tip down onto the iPad Pro. The Pencil nib also has a tiny bit of metal that's suspected to aid in determining angle and orientation.

Unsurprisingly, iFixit has given the Apple Pencil a "repairability score" of 1 out of 10.

A video of the teardown from iFixit is below: