SuperMicro has plans to launch gaming motherboards with next-gen technologies

SuperMicro has plans to launch gaming motherboards with next-gen technologies 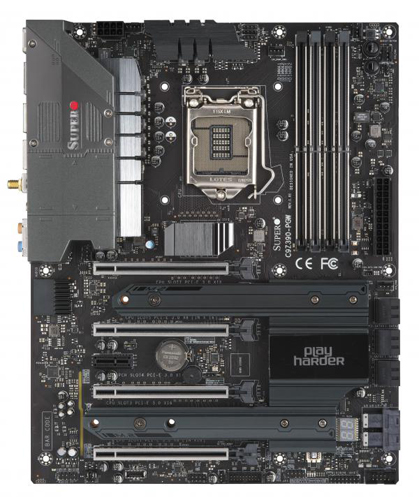 SuperMicro has revealed their intentions to compete with major gaming motherboard manufacturers like ASUS and MSI. In an interview with KitGuru, SuperMicro’s Senior VP of Field Engineering Vik Malyala said the company’s intention is to enter the end-consumer motherboard market for gaming and enthusiast offerings.

They intend to feature emerging technologies like PCIe 4.0 interface, DDR5 DRAM and Intel Optane DC persistent memory support. The company is banking on its experience in building enterprise-level solutions, and they intend to keep all their developments in-house to have complete control over every aspect of a product. This is their “secret sauce”.

SuperMicro hasn't been totally absent from the end-consumer space as you can find their Intel Z390 chipset-based motherboards for sale. It’s just that they aren’t readily stocked on retail shelves, and their uninspiring nomenclature doesn’t leave a lasting impression.

SuperMicro offers mostly board built on Intel chipsets; however, they were one of the first few companies to roll out AMD EYPC enterprise motherboards. So there’s a possibility that SuperMicro may offer AMD AM4 socket motherboards to ride on the growing popularity of Ryzen processors.

Besides revealing the company’s plan to enter the gaming motherboard space, SuperMicro is also on a mission to consume less power for their data center solutions, as a corporate commitment to Mother Earth. The company’s two-prong vision for the near future; its desire to dominate the gaming/desktop market segment, and its commitment to reduce energy consumption for data centers form the driving impetus in SuperMicro’s desire to make an impact for the new year.