Supercomputing Made Easy with NVIDIA

Supercomputing Made Easy with NVIDIA 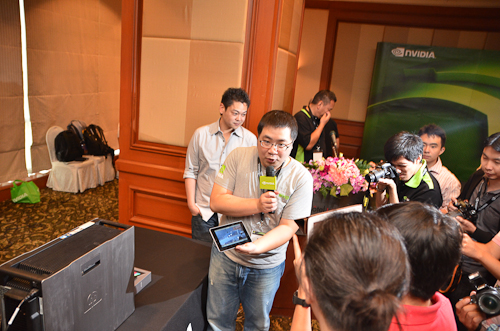 The company known for creating the Graphics Processing Unit (GPU), NVIDIA, yesterday held an event exclusively for the Asian Pacific press. Held in Bangkok, Thailand, the event was hosted with the aim to update on the latest happenings from the Santa Clara-based company and served as a platform to showcase many of its latest products and solutions, as well as those from its partners. 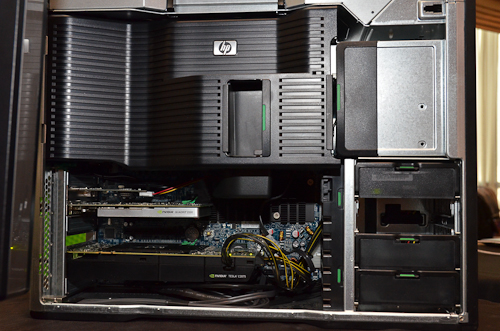 This year, the focus of the NVIDIA Press Experience Day was High Performance Computing (HPC), namely the Quadro and Tesla GPUs, as well as the Maximus configurations. Jeff Yen, Senior Tech Marketing Manager, was present to deliver a briefing, where he explained more about NVIDIA’s latest products from the Tesla lineup: the Tesla K10 and Tesla K20. The K10 is set to have the highest single precision flops and highest memory bandwidth on a GPU to date, helping to accelerate research in life sciences and many other fields. 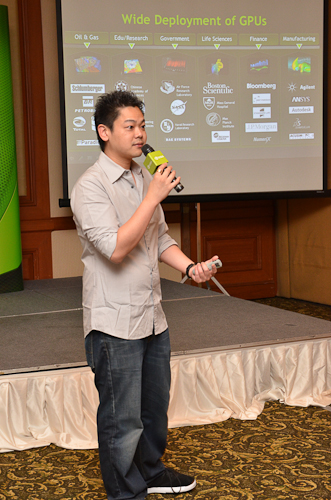 This was followed by an in-depth explanation of NVIDIA’s CUDA technology and the 2nd generation Maximus configuration. Making full use of both Quadro and Tesla GPUs, workstations that are certified as Maximus workstations can perform graphics rendering operations at a significantly faster rate. This is because the Quadro GPU takes care of modelling, while the Tesla GPU takes care of any calculation or simulation tasks, allowing for a true multi-tasking workflow.

One of the more interesting concepts that was explained, however, was NVIDIA’s VGX platform, which enables users to access VGX-enabled workstations remotely via any device that is capable of connecting to the Internet. To support this technology, NVIDIA has developed the world’s first cloud GPU – the VGX K2 – that has two Kepler GPUs to deliver powerful performance without compromise. 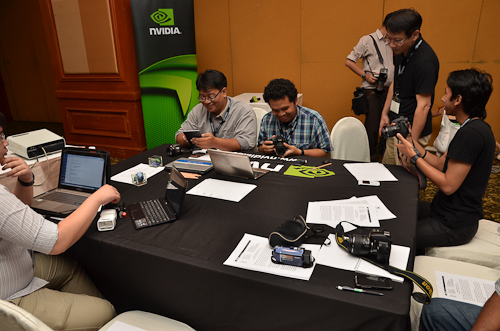 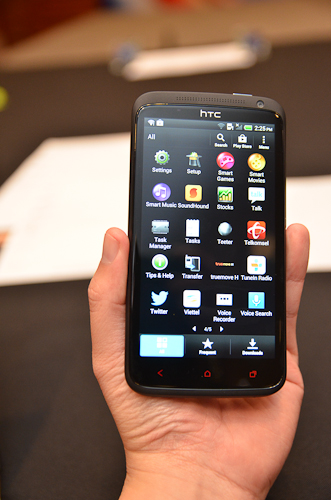 Without a doubt, the HTC One X+ and the ASUS Transformer Pad Infinity were the stars of the hands-on session. We had a couple of minutes with the HTC One X+ and we really liked how solid it felt in our hands. Performance is smooth during navigation and its 8MP camera is really intuitive to use with image quality being really good. The ASUS Transformer Pad Infinity, on the other hand, is a powerful tablet/notebook hybrid that has a native resolution of 1920x1200 and a Super IPS+ panel that outputs stunning images.