SteadXP lets you shoot videos like a pro, without a gimbal

SteadXP lets you shoot video like a pro, without a gimbal

The difference between an amateurish and a professionally-shot video is the smoothness and stability of the shot. Traditionally, this is achieved with weighted gimbals. and more recently, motorized gimbals. However, SteadXP takes a novel approach to achieve the same effect. 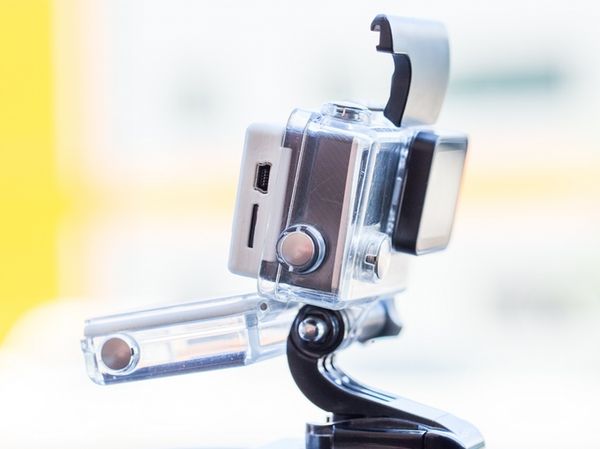 Built for almost any digital camera with a hot shoe, the SteadXP has a built in accelerator and gyroscope that records your camera's movements as you shoot. In post processing, both the video from the camera and the data from SteadXP can be combined to create a stabilized and smooth video. The results are fascinating. To accommodate a wide range of cameras, there are two SteadXP variants - the SteadXP@ and the SteadXP+. The SteadXP@ is for GoPro cameras, while the SteadXP+ can be mounted on virtually any other camera.

The makers of the device pointed out that the same technology combined with multiple cameras could also be used to make make 3D and VR videos. SteadXP's native rolling shutter correction technology, means you'll never be sick again in watching VR videos as well. The ability to shoot steady video without a cumbersome rig is an amazing feat, but since this is a software solution, expect a longer processing time when rendering those videos. The trade-off however, isn't so bad.