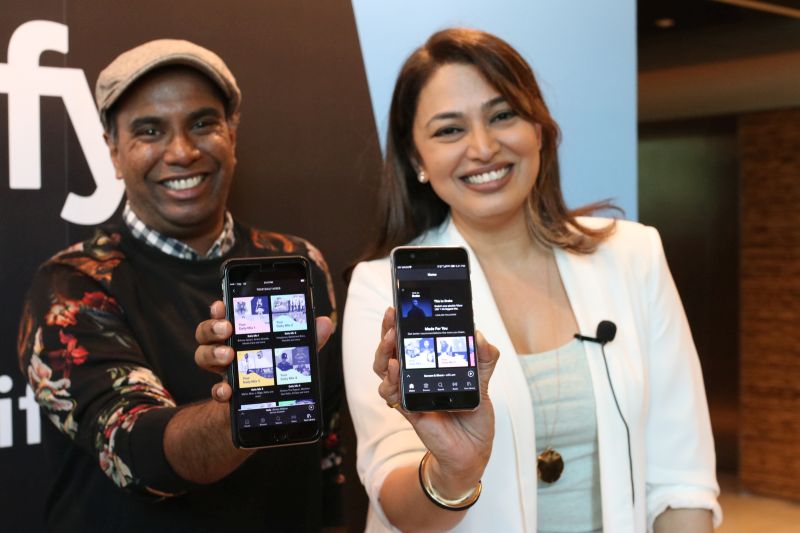 Spotify has been in existence for exactly a decade since its conception in its home country of Sweden. In Malaysia, the music streaming service recently celebrated its fourth anniversary since its launch in the country. To celebrate, Sunita Kaur, Managing Director, Spotify Asia, hosted a small get together for the media, as a way of catching up with us and sharing some of her company's milestones that it had achieved along the way.

Over 2.9 billion songs were streamed in the past 12 months

According to Ms. Kaur, Malaysians spend an average of 148 minutes (two hours and 28 minutes) per day on the music streaming service. Additionally, Malaysians had streamed more than 7.5 billion minutes worth of music in that same 12 months. To put it in another perspective: if a single user were to stream music from Spotify within the daily average listening time of 148 minutes, it would take that person approximately 38 years in order to hit that impressively massive number.

How Spotify recommends and curates its playlists is different for each region and country, and Malaysia is no exception that rule. To date, Spotify Asia has curated popular playlists that have resonated with the Malaysian community, such as its 'Rock Jiwang', 'Made in Malaysia', 'Good Morning Malaysia', and the getting-ready-for-bed 'Before Tidur' playlists.

Hi-Res Audio in the future?

By now, you've no doubt read our report on Spotify's plan on offering its consumers songs with lossless audio via its supposed Spotify Hi-Fi. We asked Ms. Kaur if that service would be available globally anytime soon, to which she stated that she had nothing concrete to tell us about it.