A spoofed Adblock Plus for Chrome was downloaded by 37,000 people

A spoofed Adblock Plus for Chrome was downloaded by 37,000 people 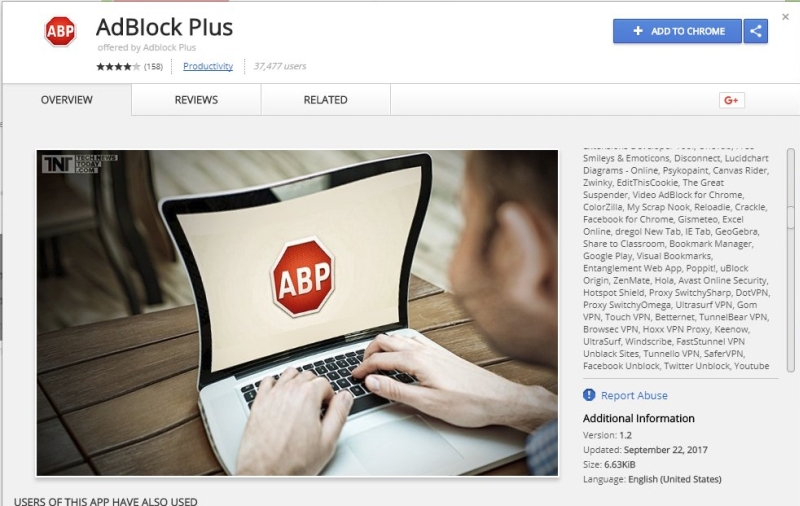 If you’ve just downloaded the Adblock Plus extension for Chrome recently, then you might want to check if you’ve installed the right one. There was apparently a fake one going around for quite some time, duping over 37,000 people into downloading it instead of the real deal from the Chrome Web Store.

Google allows 37,000 Chrome users to be tricked with a fake extension by fraudulent developer who clones popular name and spams keywords. pic.twitter.com/ZtY5WpSgLt

Google has since taken down the fake one, but not before a seemingly strong series of tweets by SwiftonSecurity, who points out that fake extensions like this one continue to slip through Google’s vetting process and make their way onto the official Chrome Web Store listings. One unfortunate user left a review on the fake Adblock Plus, with mentions of getting invasive ads that open more tabs immediately after installing the fake Adblock Plus.

With the popularity of Adblock Plus, it’s very odd that another extension for Chrome made its way into the Chrome Web Store using the same name. Just earlier this year, hackers have also spoofed Google Docs and used it in a phishing attack that affected about a million Gmail users. It looks like Google is still having a hard time dealing with spoofing attacks, although to be fair users also need to pay attention to what they are downloading instead of just engaging autopilot mode when installing an extension or app.

As of yet, it is unknown what other effects the fake one may have on a system once infected beyond the barrage of invasive spam ads.

That said, it’s definitely not something that you’d want sticking around to find out. So if you’ve recently added Adblock Plus to your Chrome browser, then you should definitely check to see if you’ve downloaded the correct one. If you’re unsure, then the best bet is to remove it and reinstall Adblock Plus, since the phony one has been removed.

Source: SwiftonSecurity via Engadget, The Verge.

Previous Story
This research team is using video to animate your selfie portraits
Next Story
WD's UItrastar Hs14 is a 14TB HDD, but you can't buy it