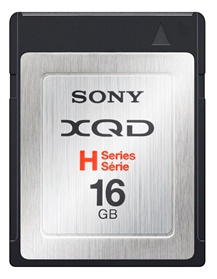 With exceptional data transfer speeds of up to 1Gbps, the XQD H-series is capable of capturing up to about 100 frames in RAW format in continuous shooting mode when used with XQD compatible high-end DSLR. 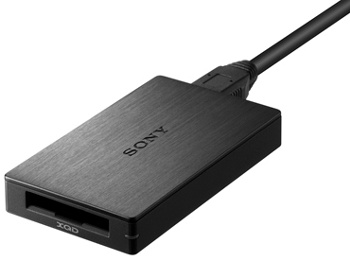 Read on for the full press release.

Also being launched by Sony is a USB 2.0/3.0 compatible XQD card reader (MRW-E80) that fully utilises the new memory card. Using the XQD High Speed Driver software that can be downloaded for free from the Sony website, users can quickly and easily transfer large quantities of very high capacity data to their PC. In addition, an XQD ExpressCard Adapter (QDA-EX1) will be available for use with computers with an ExpressCard 34 card slot.

To address additional requirements from the high-end digital imaging market, Sony has plans to enhance its XQD memory card offering in the future. For more information, please refer to this website: http://www.sony.net/Products/memorycard/en_us/xqd/index.html

Available in 16GB and 32GB variants, the H-Series XQD memory card will be available from all Sony authorised dealers from February 2012.