Of Sony HDTVs and Lower-Resolution Videos 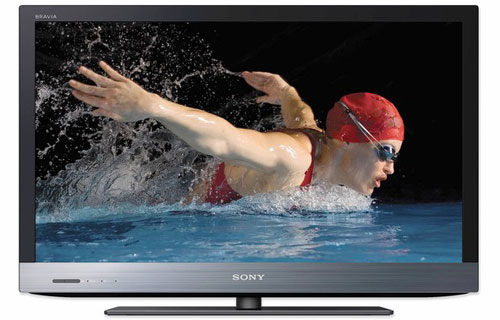 Most reputable HDTVs aren't afraid of high-definition content. Throw them a 1080p feed (with a decent bit-rate of course), and chances are they'll eat them up with nothing left for desserts. But offer them a lower-resolution clip, like 480i or lower for example, and these awesome displays might very well choke and fumble.

Truth is, most online videos we watch on a daily basis have a poorer quality and resolution compared to say, a Blu-ray disc for instance. One fine example is the videos we catch on YouTube. Although the Internet video-sharing site currently supports 1080p, most of its content are still encoded in 480p or less. And with the advent of Internet-enabled televisions, more and more consumers are opting to experience these lower-resolution videos on their huge tellies. That said, a television's mettle is tested when it is tasked with up-scaling and refining these grainier web videos.

According to Kevin Hunt's report, Sony is touting their X-Reality and higher grade X-Reality Pro engines to be masters in this particular area. Both engines up-scale standard-definition programming and Internet videos to a Full-HD television's native resolution of 1080p. The Pro chip, as we know it, has "the advantage of a reference database of video images that help re-create images in a picture quality closer to high definition."

Mr Hunt was also shown a demo in which Sony demonstrated their X-Reality processing on standard-definition cable content. To quote him:

"The demo mode does not work with the HDTV's Internet features, but viewing standard-definition cable channels offers a close substitute. On a split screen, half X-Reality processing and the other half unprocessed, the difference was startling. With the X-Reality processing, individual blades of grass were visible on the tee at the World Golf Championships where grass was rendered as muddy, splotchy green by the unprocessed signal. (A Sony spokesman insists it isn't a simulation, like some other TV brands' demo mode)."

As TV reviewers ourselves, we are aware of Sony's finesse in terms of up-scaling standard-definition video compared to their rivals. And with TV manufacturers like Samsung, LG, and Panasonic harping on fancy Smart TV features, it is also reassuring to know that Sony has plans to focus on the fundamentals.