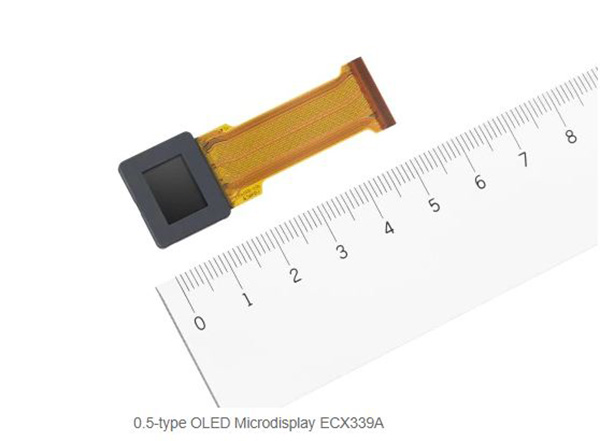 Perhaps of more interest to photographers is that when this microdisplay is paired with Sony’s driving system, it’s able to achieve a refresh rate of up to 240fps meaning it should easily be able to handle burst shooting at even the highest frame rates without lag. So even if we have faster burst rates than the 20fps of the A9 in the future, we shouldn't experience viewfinder blackout.

New optimized transistors layout mean the microdisplay should be able to withstand the traditional problems of deteriorating image quality and inferior viewing angles. The color filter has also been deposited directly on the silicon substrate, reducing the distance from the light emitting layer, keeping the viewing angle wide while still achieving high resolution.

Here are the key specifications of the new sensor:

Previous Story
The LG V35 ThinQ is a G7+ for people who want a notchless OLED display
Next Story
iOS 11.4 brings support for Messages in iCloud and AirPlay 2