Sony’s Xperia XZ2 Premium barely launched two weeks ago in Singapore, but it seems like the Japanese giant wants to keep the cogs moving and has just announced its new Xperia XZ3 at IFA 2018.

While this sounds like the Xperia XZ2 Premium had the shortest ever lifespan of being a called a flagship product, the new XZ3 doesn’t exactly outclass the XZ2 Premium. Sounds confusing? Unfortunately so. Let’s start with what’s new on the Xperia XZ3 and work our way through the differences. But first, here's an overview of all the features Sony is boasting on the XZ2 Premium, many of which have been present since the Xperia XZ2:-

The highlight for the new Xperia XZ3 is its new 6-inch, 18:9 aspect ratio OLED HDR display with a QHD+ resolution (2,880 x 1,440 pixels). This makes the Xperia XZ3 the company’s first phone offering using an OLED panel. What can you expect? Deeper blacks, richer colors of course! And a side perk of using a self-emissive display is that it consumes less power than a typical LCD panel that has backlighting and other layers to contend with.

The new phone adopts a new screen and an improved phone design over the Xperia XZ2 and XZ2 Premium with a continuous flowing form and minimal side bezels, very much like the Samsung Galaxy S9 series. What’s more, Sony has spent a fair bit of time evolving the color language offered on the new Xperia XZ3. Four color options have been launched:- Black, White Silver, Forest Green and Bordeaux Red. You can view the video below to further understand Sony’s philosophy and the factors that played to design the phone’s form factor and evolving the lush colors offered:-

Side Sense with AI in Xperia

Side Sense is a new feature that brings up your most frequently used apps when you tap the sides of the phone’s frame. The apps that it suggests are based on the phone’s AI processing in the background that learns your usage pattern and senses when you use them to float the appropriate apps at the right time. For example, music and calendar apps might be floated in your morning routines as you listen to music on your commute, while preparing for the day ahead. In the afternoon, email and other productivity apps might be offered over other options, and finally, in the evening, you could perhaps see social media apps and Netflix as some of the offered suggestions. It even adjusts suggestions based on your location, in addition to the time of day.

Since the phone is longer with a 6-inch screen, Side Sense gives you quicker access to your most needed apps while handling the phone single-handed. Side Sense works on both the left and right edges of the phone so that you can easily get the best out of your phone no matter if you’re left or right handed, or how you’re handling the device. See it in action here:-

Now here’s the most puzzling part of the Xperia XZ3 – its cameras.

The front facing camera is a 13MP camera designed for selfies with a 23mm wide angle lens. This is the same one that the Xperia XZ2 Premium offered and it’s a good step-up from the 5MP front camera on the Xperia XZ2.

The rear camera is, however, the exact same 19MP Motion Eye camera that’s used on the original Xperia XZ2 and it’s also the same primary rear camera found on the Xperia XZ2 Premium. However, the latter offers a secondary black and white camera along with an Aube fusion image signal processor to improve your photography and offers much better low light photography than the original Xperia XZ2. This is missing on the Xperia XZ3 and that’s not a positive step forward. To emphasize our point, here's a quick camera specs comparison from Sony's website for the Xperia XZ3 vs. the XZ2:- 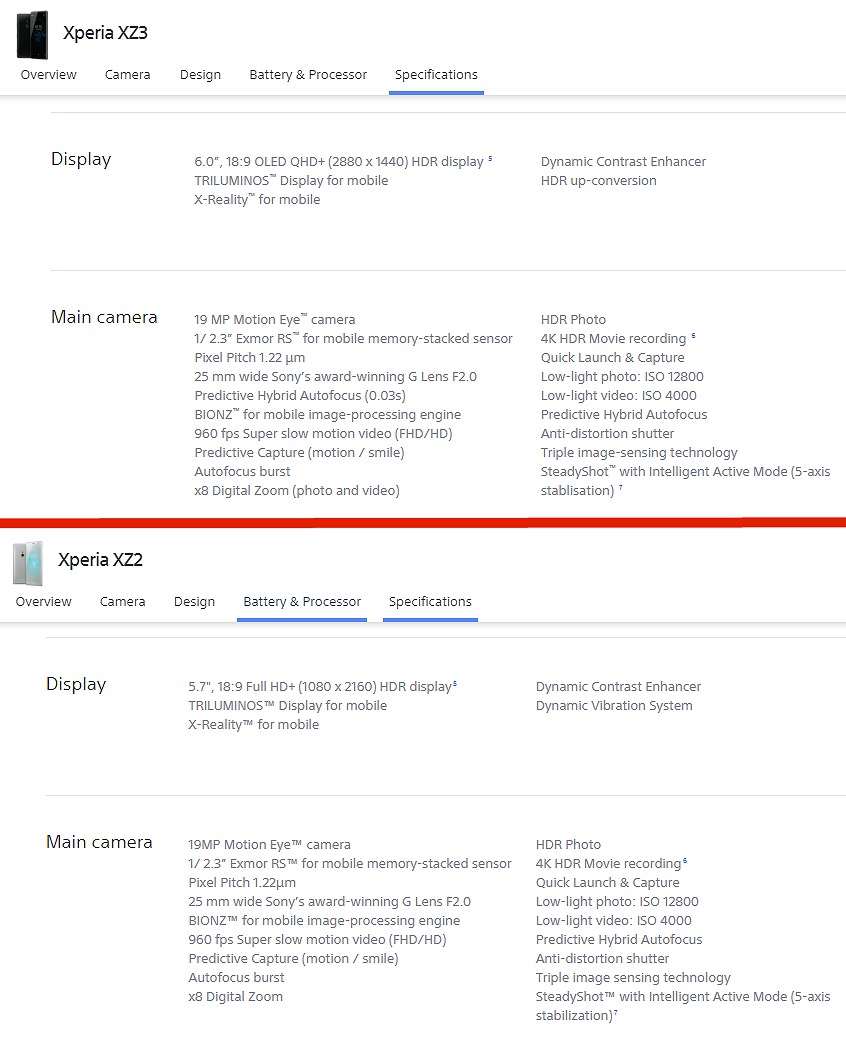 So while it means you still get all the other great functions you expect from Sony’s phones like the Motion Eye 960 FPS slow-mo video capture, Predictive Capture, 4K HDR movie recording and more, it’s sad that dual-camera module didn’t make it to the Xperia XZ3.

It does have a couple of new tricks up its sleeves thanks to AI enhancements. Smart Launch uses the phone's sensors to predict that you're taking your phone out of the pocket to snap a photo when holding the phone in landscape mode. The other is a supercharged Superior Auto mode that uses AI to set the right modes based on the subject matter for shooting. You can see both in action in this video:-

Sony says the Xperia XZ3 will be shipping this September. Price hasn’t been announced, but we’ll be sure to update this space once we get local details. 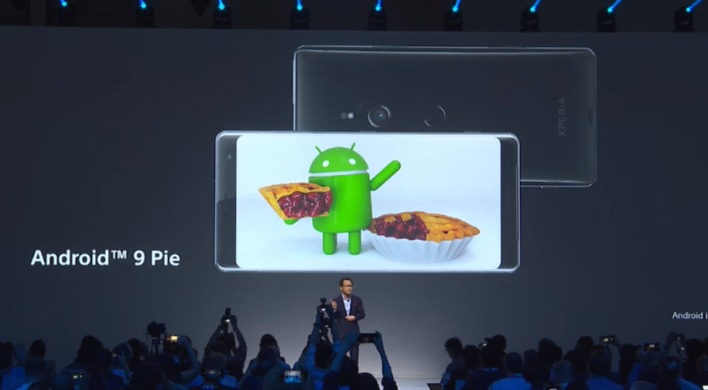