Skype can now hide your IP address for better security

Skype can now hide your IP address for better security 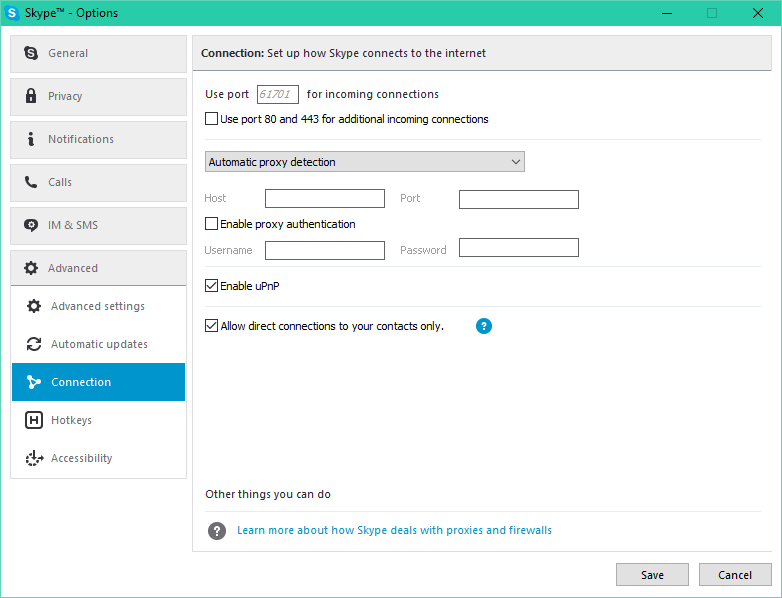 Skype rolled out a new update that makes its users safer from distributed denial-of-service (DDoS) attacks. In their latest blog entry, the Internet messaging and call service said that they are introducing and enabling IP address hiding by default.

According to Ars Technica, Skype has been leaking IP address information all this while before the new update. The leak enabled abusers to perform DDoS attacks on professional gamers and Twitch streamers, which makes these users involuntarily disconnect from games due to the abnormal network conditions. These DDOS attacks are possible because of old IP address leaks, no thanks to Skype.

Previously, Skype had the option to hide IP addresses from people who are not on a user’s contact list, but that option is not enabled by default. When enabled, Skype would make data traffic go through Microsoft servers, so that the IP addresses involved will not be readily disclosed. By setting it as default, the IP address of users everywhere would be less vulnerable to programs that lookup IP addresses, making DDoS attacks less common.

However, this is only one step to solving an online harassment problem. 'Swatting' is another common tactic by attackers who disrupt professional gamers, where attackers would make false reports centered on the physical address of a game streamer who is busy at work, and a team of SWAT personnel would arrive only to find nothing of significance at the scene. Physical addresses and details of these gamers are acquired by doxxing (digging up information on a victim). Swatting, and its equivalent in other countries, is punishable by law.

But for now, Skype will fix what they can fix, so head on over here to download the latest version for desktop.