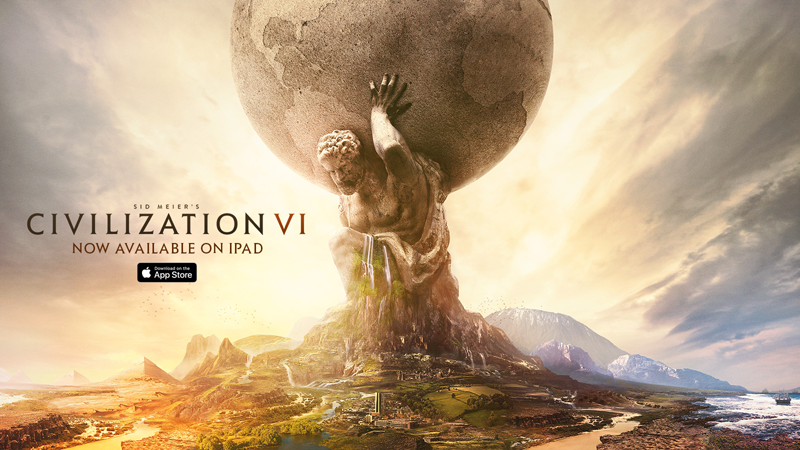 Having a particularly somber Christmas season this year? Don’t despair, you can keep yourself occupied with Sid Meier’s Civilization VI, which is now available on the iPad. Not just any iPad, however, you’ll either need an iPad Pro, an iPad Air 2, or a fifth-generation iPad. Also, the iPad of your choice needs to be running on iOS 11.1.2.

It’s worth mentioning that the iPad version of Civilization VI is essentially identical to its Windows or Mac counterparts in terms of gameplay and features, which explains why the game will take up 3.14GB of storage space on your iPad.

Players will be able to play the first 60 turns of the game for free, but after which, they will have to purchase the full game from the App Store, which is currently going for a discounted price of US$29.99 (approx. RM122.61). The promotional price expires in two weeks on January 4, 2018. After which, the game will be retailing at its regular price of US$59.99 (approx. RM245).

If you’re not that big a fan of gaming using touch controls, we’ll have you know that the Digital Deluxe version of Civilization VI is currently retailing for RM119.50 on Steam in conjunction with the Steam Winter Sale.

Previous Story
Rumor: OnePlus to announce its OnePlus 6 during Q1 2018
Next Story
This malware mines cryptocurrency and spreads itself through Facebook Messenger