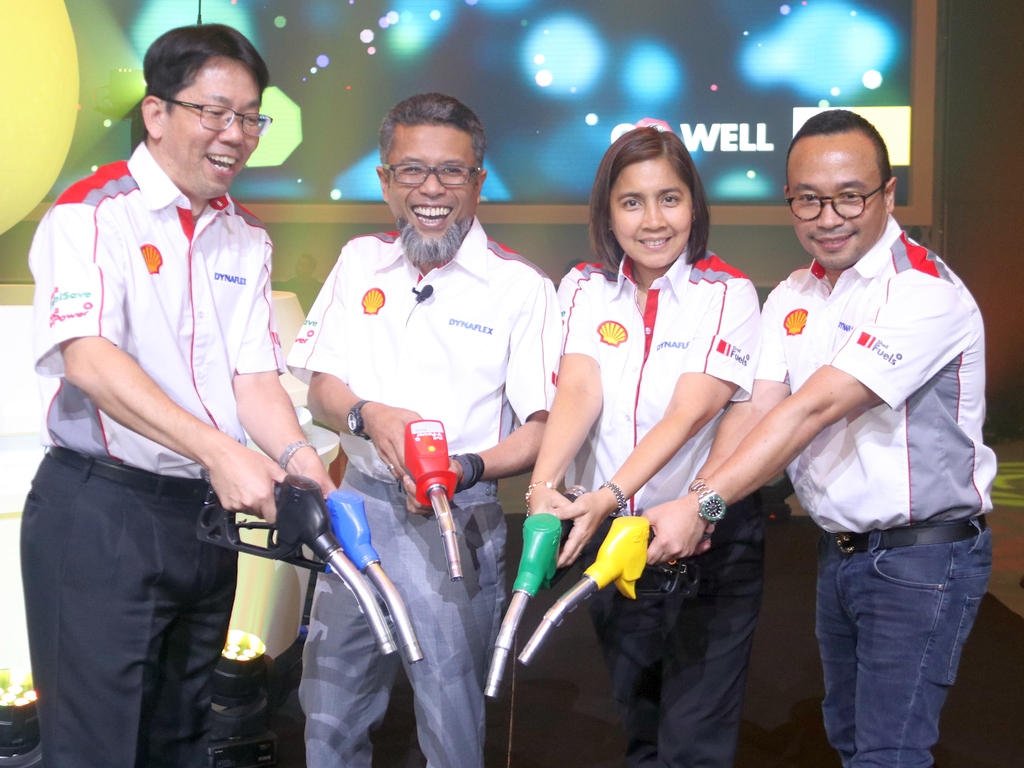 The next time you stop at one of 900 Shell stations for a fuel refill, you'll be treated to the latest generation of fuels that are exclusively formulated with Shell's Dynaflex technology. The new formulation is introduced across five fuel types, namely FuelSave 95, V-Power 97, V-Power Racing, FuelSave Diesel, and FuelSave Diesel Euro 5, as well as for industrial customers and commercial fleet owners. According to Shell Malaysia, Dynaflex is the result of five years of research and development, which saw 170 scientists advancing fuel development to help maintain engine efficiency for both modern and older vehicles. A total of 250 vehicles were tested in the lab and on the road, covering three million kilometers in distance.

"Our new Shell fuels aim to clean and protect car engines, making them more efficient to help you enjoy your journeys on the road. We believe it is not just where you go, but also how you go that matters," said Shairan Huzani Husain, Managing Director of Shell Malaysia Trading Sdn Bhd and Shell Timur Sdn Bhd.

As petrol and diesel are different, unique Dynaflex formulations were developed for the different fuel types. For FuelSave petrols, Dynaflex helps keep modern engines clean, while also protecting key fuel system components, such as intake valves and fuel injectors, from deposit build-ups. FuelSave diesel fuels contain new dirt-busting molecules, whereas the V-Power petrols gain boosted clean technology for improved engine efficiency, and three times the friction-reduction modules of FuelSave 95. V-Power Racing, on the other hand, benefits from all that and is capable of removing 80 percent of performance-robbing deposits. 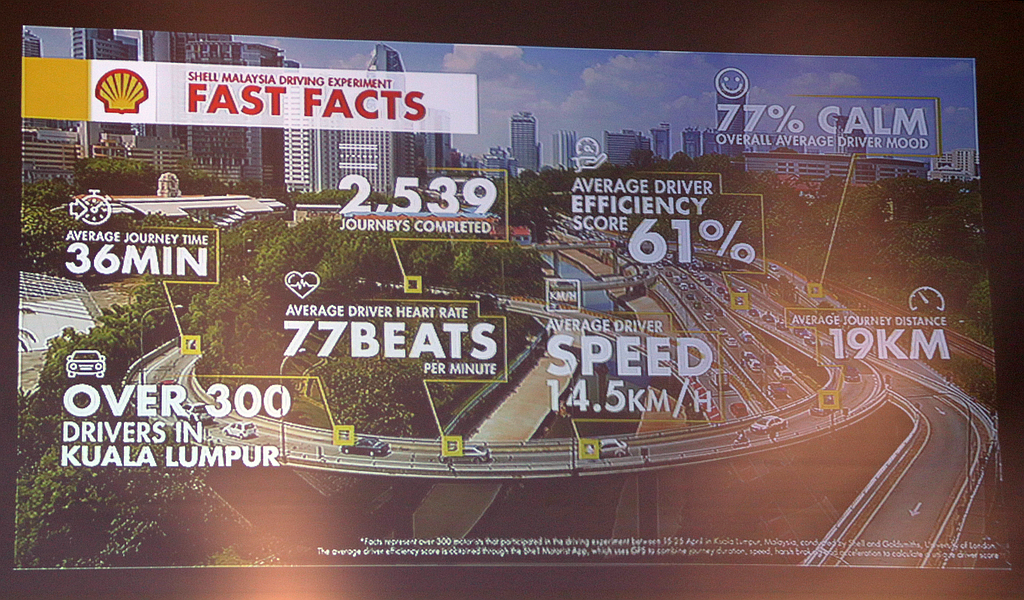 Shell Malaysia also took the opportunity to reveal key findings from its emotion tracking research, which was conducted in Kuala Lumpur from April 15 to April 25 in partnership with Goldsmiths, University of London to better understand Malaysian motorists and their experience on the road. The study, which involved over 300 motorists across more than 2,500 journeys, captured over 150,000 data points from a combination of emotion tracking wristbands, GPS data from Shell Motorist app, conversations from chatbots, and real-time weather and traffic information.

"Looking at Malaysian drivers, we can see that despite the harsh conditions brought about by traffic congestion, they are both resilient and resourceful. We explored performance signals from personality traits through to nutrition, hydration, and lifestyle choices that were linked to our highest performing drivers," commented Dr. Chris Brauer, Director of Innovation at Goldsmiths, University of London.

Interestingly, the overall mood of the participants while driving was deemed 77-percent calm, followed by an average heart rate of 77 beats per minute. Despite an average driving speed of 14.5km/h and journey time of 36 minutes, drivers in Kuala Lumpur were identified with an average efficiency score of 61 percent with an average journey distance of 19 kilometers.

Previous Story
Canon wants you to win an EOS M10 and a Pikachu Shoulder Plush!
Next Story
NVIDIA plays Big Brother with its Metropolis platform