The first thing that Sharp announced is that it aims to create an 8K ecosystem, and products with Artificial Intelligence and Internet of Things, which Sharp simply refers to as AIoT. But business directions aside, launched today are two AQUOS series 4K TVs, as well as an air conditioner and an air purifier, both with IoT features. 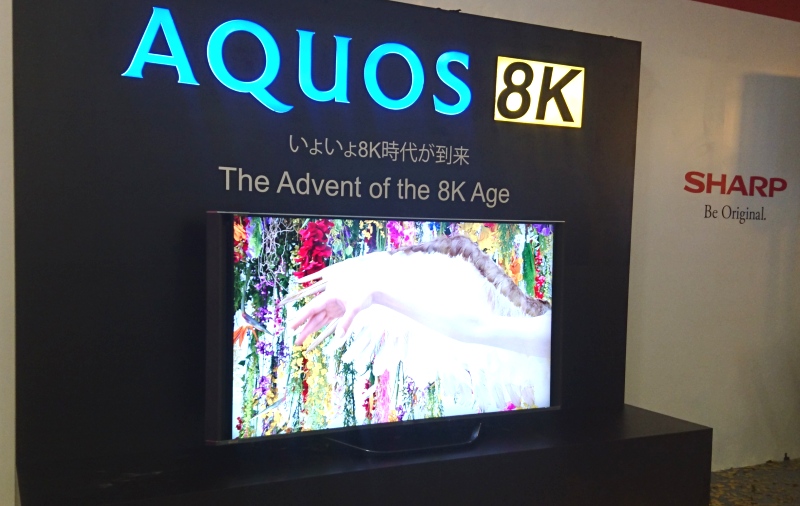 As mentioned before,  both series of TVs feature 4K UHD resolution, as well as a few of Sharp’s own new features. One key feature here is what Sharp calls Ultra High Dynamic Range (UHDR), short of telling us the difference between it and the usual HDR. Other bits on the spec sheet that we are more familiar with include the X4 Master Engine Pro II processor, and Android TV operating system. 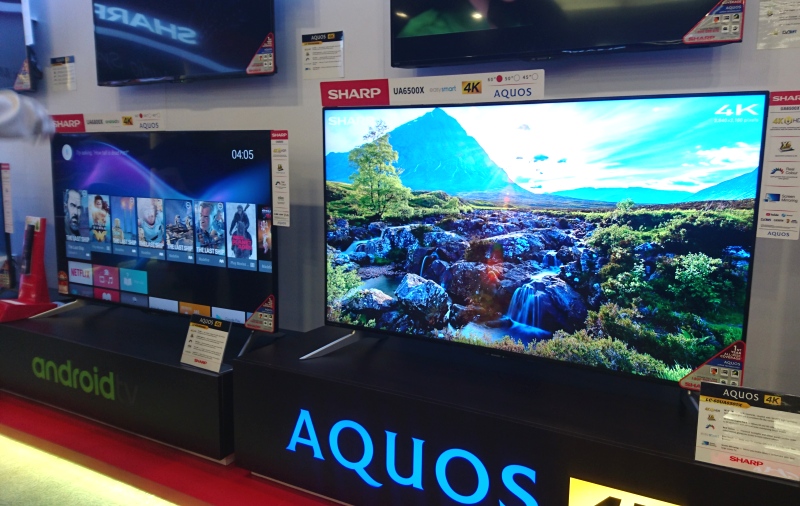 The 6800X also comes with a bonus, in the form of Eilex PRISM audio tech. The idea here is to recreate sounds that’s much like what you’ll get from a soundbar, with the TV analyzing the area in front of it, and recreating sounds that are as accurate as possible. The launch venue was not exactly conducive for audio tests so we’ll take Sharp for its word for now, even if it’s a bold claim for a flat panel TV.

In addition to keeping you cool, the new Sharp VX air conditioners sport features like monitoring and presenting you with information like weather condition and energy consumption, so that you have the information you need to determine the best use for your air conditioner. It also comes with a self diagnosis system, that lets you know whenever something needs servicing ahead of time. And with its IoT capabilities, you can also operate it from outside your home using your phone.

Most of these capabilities are shared between the Sharp VX air conditioners and Sharp’s air purifiers. This means these air purifiers will surf the web for the air conditions around your area, and tells you if you need to change your filters earlier than you normally would. While as a fridge, the Pelican series has all of the familiar tech from previous Sharp fridges like Plasmacluster, J-Tech and Hybrid Cooling. But the New series takes a bit from its wild avian namesake by having a freezer compartment that’s 28l larger than Sharp’s previous freezers. A bigger freezer may mean that the regular refrigerating compartment gets a tad compromised in terms of space, but you get adjustable glass shelves to make up for it. 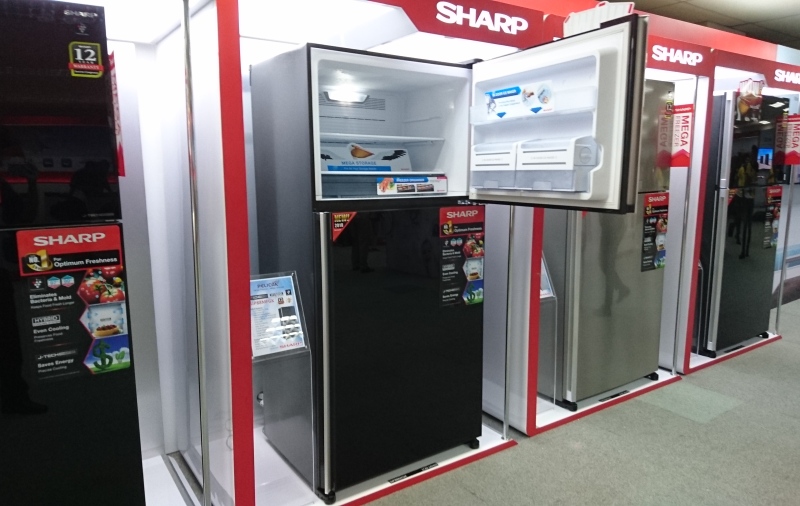 No price for any of the items were announced, but they are set to be available starting Q3 of 2018, so chances are that prices will also be announced then.