The secret to faster data transfer in microchips is light

The secret to faster data transfer in microchips is light

The microprocessor chips of today uses electricity to transfer data, which is, as it turns out, preventing faster transfer speeds. The answer to faster transfer of data while consuming less energy turns out to be light. 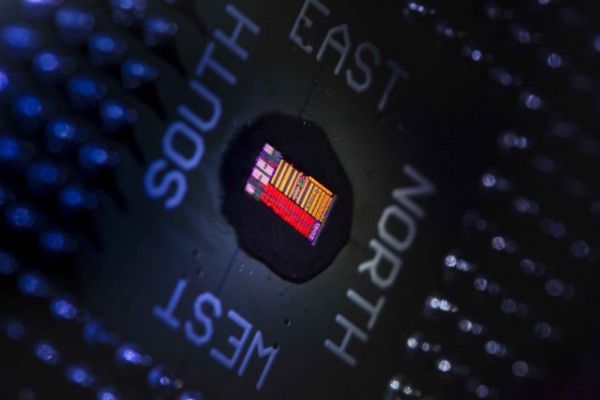 Researchers have found that sending information using light (as in rays of light), rather than electricity reduces a microchip’s energy burden, as light can be sent across longer distances for the same amount of power. The many colors of light can also be sent over a single medium. Put that with the physical wavelength of infrared light that is shorter than 1 micron, and you're able to pack very dense amount of data, and transfer it via light.

A new chip has been made as a result of this research, measuring 3 x 6 mm. It retains traditional electronic circuity while incorporating 850 optical I/O components, which gives it a bandwidth density of of 300Gbps per square millimeter. This is anywhere from 10 to 50 times greater than current electrical only chips.

"Light-based integrated circuits could lead to radical changes in computing and network chip architecture in applications ranging from smartphones to supercomputers to large data centers, something computer architects have already begun work on in anticipation of the arrival of this technology," said Milos Popovic, Assistant Professor at the University of Colorado Boulder.

Source: Nature via The Times of India.

Previous Story
Google Glass returns with the enterprise market in mind
Next Story
Rumor: Samsung Galaxy S7 to have 5.2-inch and 5.5-inch models