In a very strange development in the field of robotics and A.I., Saudi Arabia has just granted citizenship to a robot. A female robot called Sophia, and what will likely be the common ancestor of the robots that will help humanity, and the Terminators that will end us. 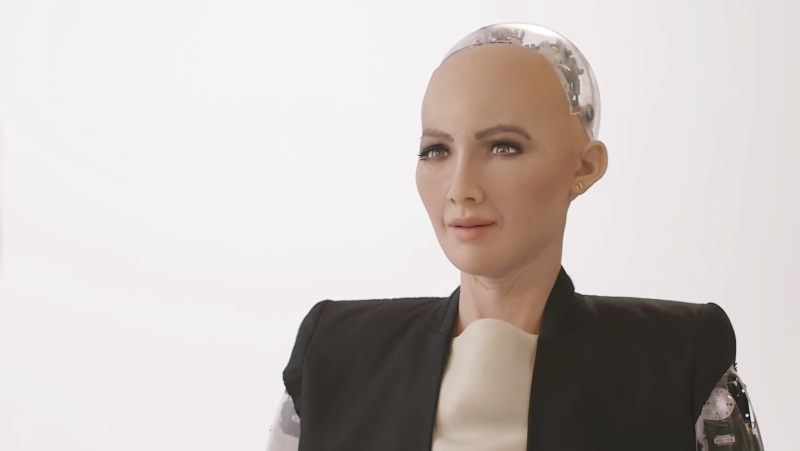 Saudi Arabia has had a fascination for robots for quite some time, and being such a wealthy country, it’s easy to see that fascination fed. Then Crown Prince Mohammed bin Salman announced that there will be a new megacity called Neom that will dwarf Dubai in size and lavishness, but things then began taking a weird turn. The new city will have not only fewer rules than the rest of the country so that it can be a tourism hub, but it will also have more robot than humans.

And to that end, the country granted Sophia citizenship, making her the first robot to be given citizenship of any country. She also appears to have more rights than the other female citizens of the country as she is, during the announcement of her being granted citizenship, seen in public without a male guardian or an abaya, which is illegal for Saudi women. Maybe this is done as a way to ease the populace into the Neom culture.

That, or the fact that the Saudi government understands that a robot is gender neuter, and therefore, cannot be subjected to Islamic laws as human beings are.

Speaking from a more specific standpoint, it’s arguable that because Sophia is a robot, she can’t be classified as female.

She herself was made by Hanson Robotics, a company based in Hong Kong which specializes in humanlike robots. And Sophia is indeed lifelike, if you take major liberties like the fact that the lips and the voice don’t sync, she has wheels for feet, and her eyes look like a human who just had a stroke. So if we’re worrying about Skynet being the end of us, it’s really a long way away.