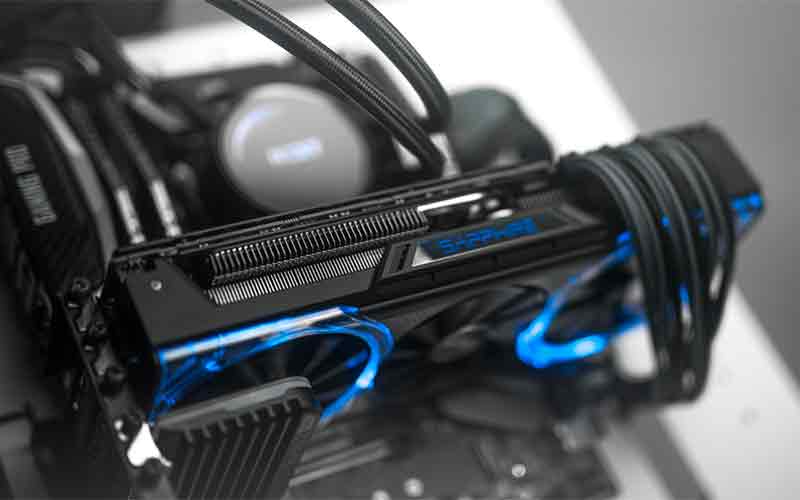 That said, the cooler is really the main highlight on both cards, and Sapphire says this is its most efficient cooler to date. Instead of the direct contact copper base that most other cards use, the Nitro+ GPUs use a vapor chamber cooling solution similar to that on Sapphire’s older Vapor-X cards.

In addition, it comes with six nickel-plated heat pipes – three 3mm and three 6mm – and a massive heatsink that serves to cool the GPU and HBM2 stacks. 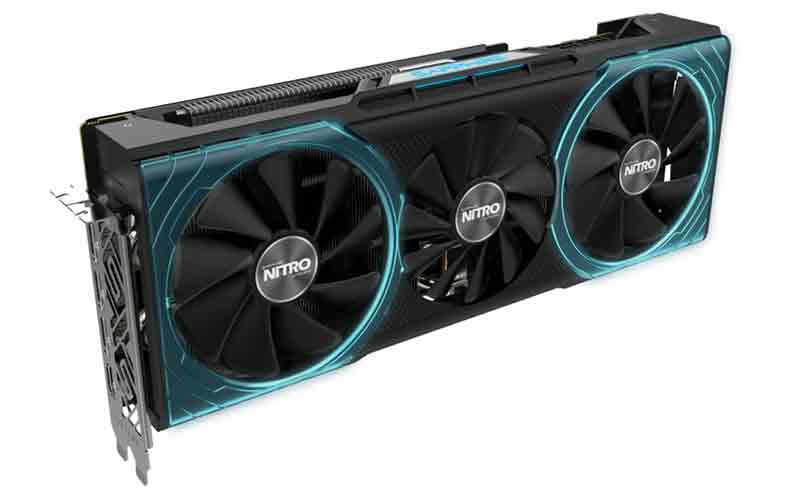 On top of that, there’s dedicated cooling for the VRM as well, in the form of a separate module that has two more 6mm heat pipes to channel heat away.

Finally, the trio of fans also comprise a smaller middle fan that runs in a clockwise direction, counter to that of the two larger fans that flank it. According to Sapphire, this helps to ensure optimal airflow.

The fans support Sapphire’s Quick Connect 2 technology as well, which means they can be easily swapped out and replaced should problems occur. These are also semi-passive fans, so they stay silent under light load, and only begin spinning at exactly 56 degrees Celsius.

One new feature is something called Turbine-X, which adds a PWM fan header to the back of the card’s custom PCB, similar to ASUS’ FanConnect II technology.

This single header can power up to two case fans that will take cues from an onboard hardware controller, which in turn takes readings from five thermal sensors on the PCB. That’s quite an elaborate setup, and Sapphire says it helps to improve overall airflow in the system.

The icing on the cake is the beefed-up Nitro Glow lighting system. The left and right fans are shrouded by two backlit acrylic elements, and can be customized in Sapphire’s TriXX software tool, alongside the Sapphire logo at the top.

Previous Story
The McLaren Senna is orange, very powerful, and rather weird to look at
Next Story
Phones could have self-healing screens thanks to this new polymer