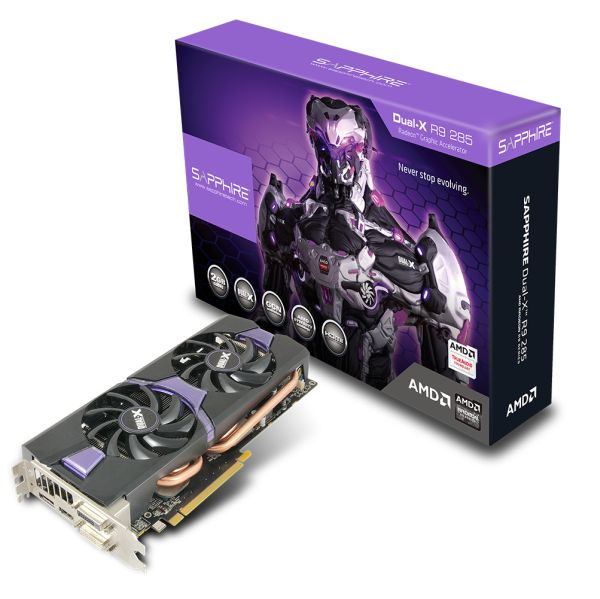 Sapphire has announced that it will be adding three new Radeon R9 graphics cards to the lineup. The new cards that will be joining the list are based off the latest AMD Radeon R9 285 midrange GPU, which was announced last weekend by AMD themselves.

The card, which AMD says is a “direct and better” competitor to NVIDIA's own midrange GeForce GTX 760, will be offered in three different cooling variations. The first two variations will be based off Sapphire's Dual-X twin fan cooling system, and will be known as the Dual-X and Dual-X OC Edition.

The Dual-X Edition is Sapphire's standard edition of the new graphics cards. Like the original R9 285, it comes with 2GB of GDDR5 memory, which is clocked at a speed of 1,375MHz (5.5GB/s effective), and a Graphics Core Next (GCN) core with 1,792 stream processors clocked at 918MHz. For the Dual-X OC Edition, its GDDR5 memory speed and GCN core clock speeds will be set at 1,400MHz (5.6GB/s effective) and 965MHz respectively. 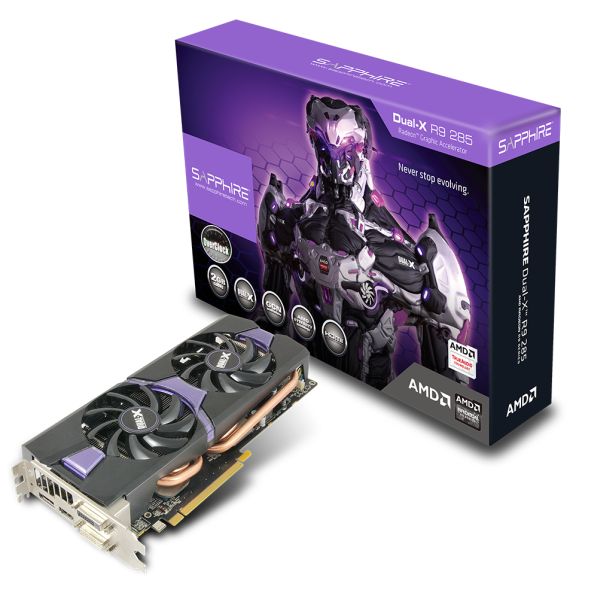 The third R9 285 variation comes in the form of the ITX Compact OC Edition. With a length of only 171mm long, the card is designed to be used in small form factor PC systems. It's no slouch either, with a GDDR5 memory clock speed set at 1,375MHz (5.5GB/s effective) and a GCN core clock speed set at 928MHz. 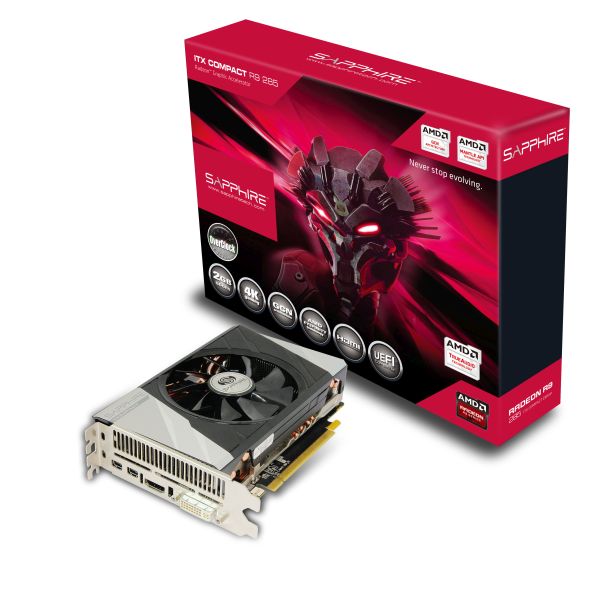 All three models are able to support AMD's Eyefinity Technology, and are Crossfire ready. They also share the latest AMD features, such as AMD TrueAudio, AMD GCN, and AMD PowerTune.

The new Sapphire Radeon R9 285 graphics cards will be available at all authorized retailers and reseller stores at the beginning of September.