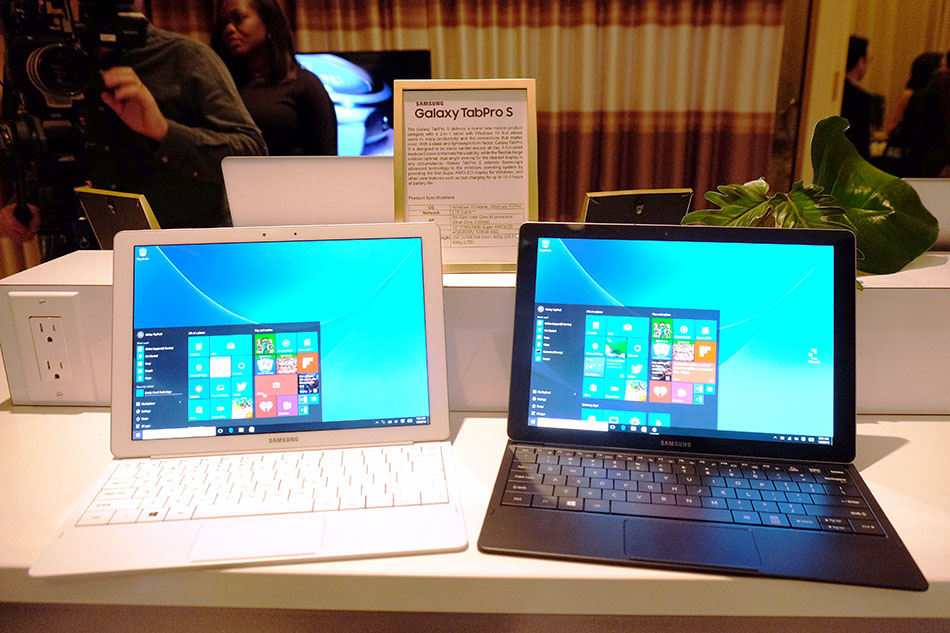 Samsung's latest tablet is a big departure from its usual Android offerings. The new Galaxy TabPro S is a 12-inch tablet powered by a 6th generation Intel Core M 2.2 GHz processor with 4GB RAM and running on Windows 10 Home or Windows 10 Pro. Both 128 and 256GB storage options will be available.

Weighing just 693g (or 696g for the LTE version) and measuring a sleek 6.3mm, the TabPro S, despite its large display, is designed with portability in mind. The tablet comes supplied with a full-sized keyboard cover with a flexible hinge that can be set to two display angles, one optimised for desktop use and one for use in your lap. The keyboard connects to the tablet via a Pogo pin that eliminates the need for pairing or charging separately. 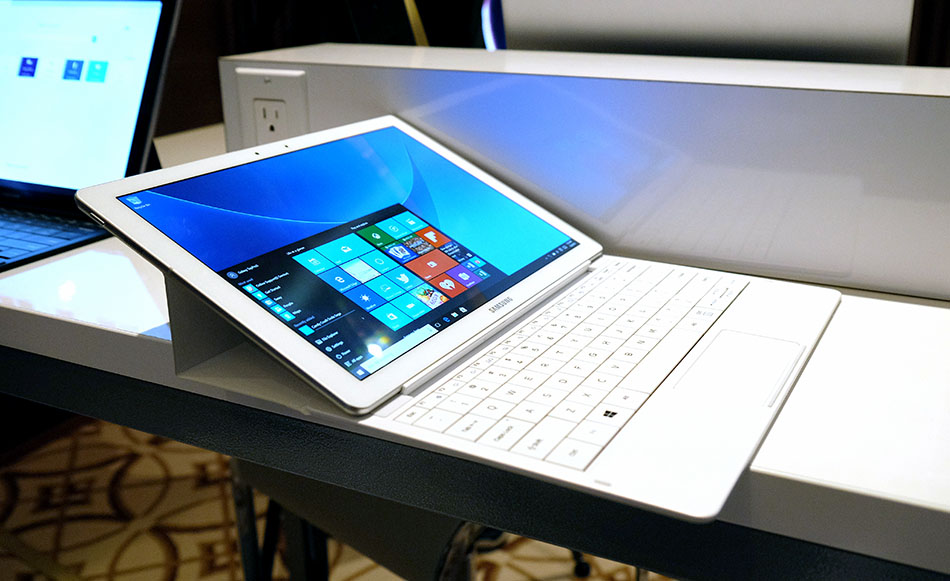 As with most of Samsung's best devices, the TabPro S will have a Super AMOLED display, with a 2,160 x 1,440 pixels resolution (216ppi) making it the first Super AMOLED display Windows device on the market. It's also one of the first tablets on the market with a USB 3.1 Type-C port. The tablet is powered by a 5,200mAh capacity battery, which Samsung claims will offer up to 10.5 hours of battery life. 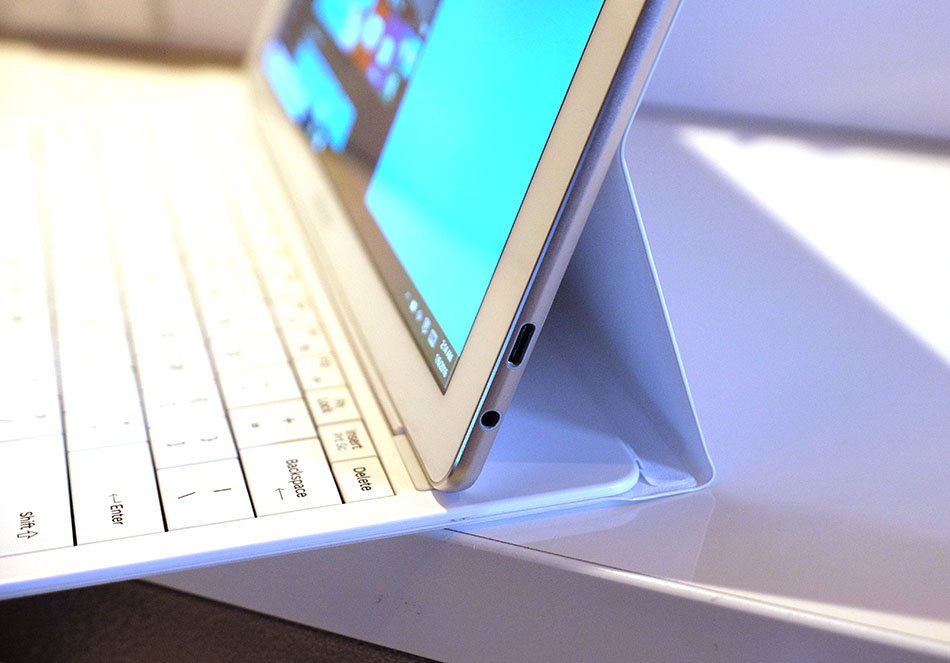 The TabPro S will be available in February 2016 in black and white in both Wi-Fi only and LTE versions. The LTE version is actually the first Windows tablet to support LTE Cat 6.

Samsung will also be releasing some accessories for the TabPro S including a multi-port adapter (HDMI, USB Type A & C) and a Bluetooth Pen.

“Galaxy TabPro S balances the best of Samsung’s Galaxy Tab with the wealth of features on the Windows 10 operating system for the most advanced tablet experience on the market,” said Dongjin Ko, President and Head of Mobile Communications Business at Samsung Electronics. “We’re thrilled to be working with Microsoft Corp. to deliver a 2-in-1 tablet that truly allows people to enjoy productivity and connections that matter most, through a seamless mobile station designed for all purposes.” 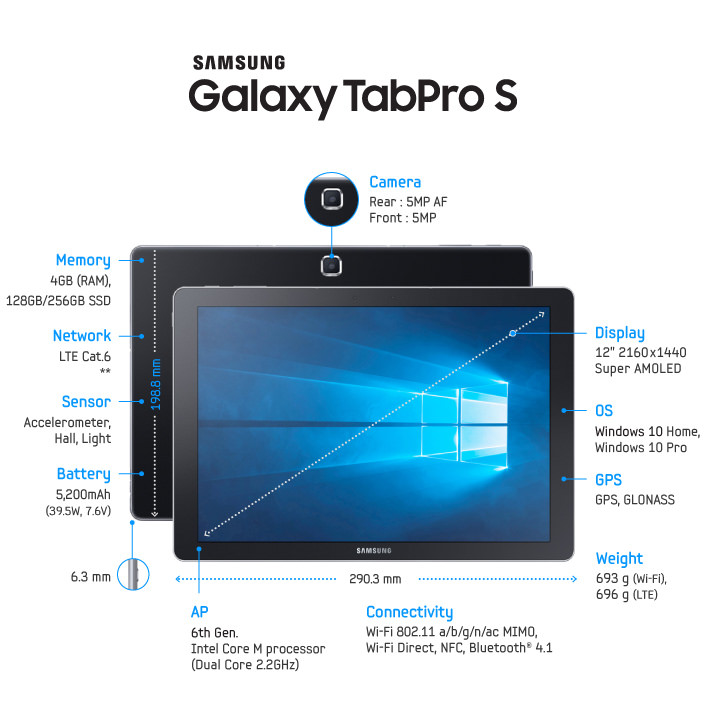