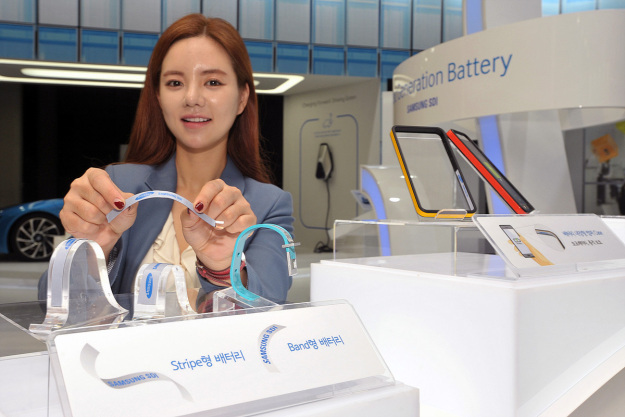 Last week in Seoul, Samsung showcased two new batteries that were both thin and flexible. Though still in their prototype stage, these batteries could be the next step in increasing battery life in mobiles and wearables.

The first prototype is called 'Band' and is meant to be attached to smartwatch straps to add as much as 50 percent of the device's original battery life. A second prototype, called Stripe (seen above) is an extremely thin 0.3mm strip that could be used to create different wearables in multiple form factors, such as smart necklaces and headbands, or even interactive clothing designs. According to Samsung, it has a much higher energy density than current comparable batteries.

Samsung says that the new battery technology could be ready for commercial applications as early as 2017.