The Samsung S10 might come with a 6.7-inch screen, 6 cameras, and 5G connectivity

The Samsung S10 might come with a 6.7-inch screen, 6 cameras, and 5G connectivity 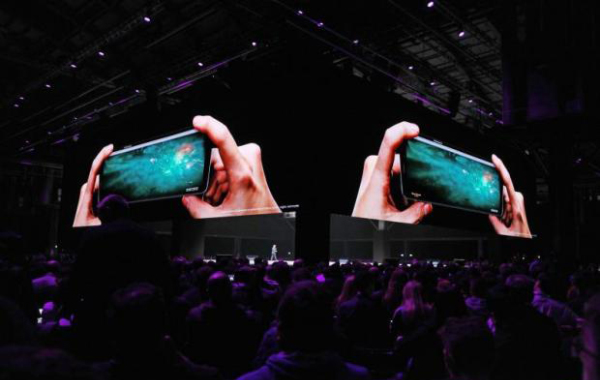 To combat slumping sales, Samsung is said to be pulling out all the stops for its 10th Galaxy S smartphone.

According to reports, the Galaxy S10 will be a huge update to Samsung's line of flagship phones and that there will be regular versions of the Galaxy S10 as well as a souped-up 'Beyond X' model with all the bells and whistles.

Allegedly, the 'Beyond X' model will have a massive 6.7-inch display, a whopping 6 cameras, and support for 5G. The hex-camera system will pack four rear cameras and two front-facing cameras for "richer photos and better spatial perception". Samsung is currently leading the pack with its quad-camera phone, the Galaxy A9 although HMD Global could announce the Nokia 9 with a rear penta-camera setup earlier.

Additionally, Samsung will also be looking to add features seen in other flagship phones such as reverse wireless charging, which was first seen on the Huawei Mate 20 Pro and would allow the Galaxy S10 to wireless charge other compatible devices.

Previous rumors hint that the Galaxy S10 will have a "super wide angle" lens alongside a primary 12MP lens and a 13MP f/2.4 telephoto lens which is capable of 3x optical zoom. Other purported specs include a "punch hole" style cutout for the selfie camera, the use of Qualcomm's in-display fingerprint sensors, six new color options which should include gradient color options and the latest Exynos 9820 processor with an NPU for on-device AI processing.

Samsung is expected to announce the new Galaxy S10 in mid-February just before MWC 2019.

Previous Story
PSA: If you downloaded any of these 13 games from the Google Play store, your device is infected with malware
Next Story
Audio Technica takes the ATH-M50x wireless as the ATH-M50xBT