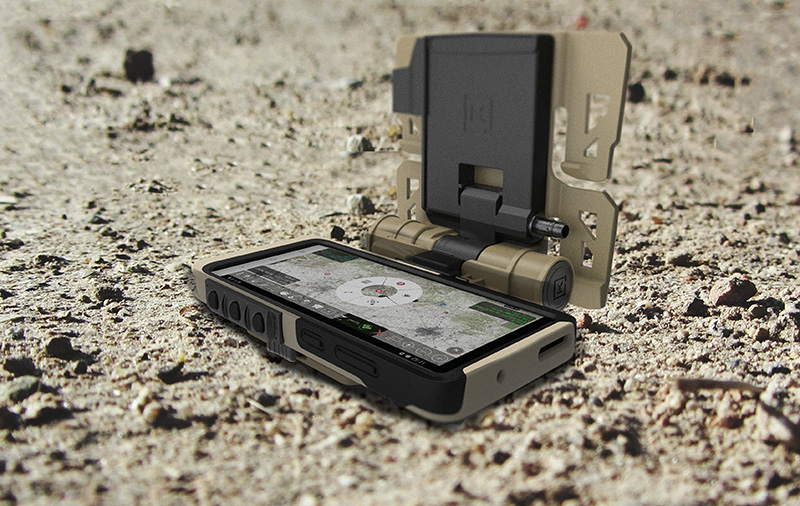 Surprise! Samsung has announced that it’s developed a special version of its Galaxy S20 phone for the US federal government and Department of Defence.

Called the Galaxy S20 Tactical Edition, the phone is basically a customised version of the regular S20. Which means under the hood you get mostly the same components, such as the 6.2-inch AMOLED screen, Snapdragon 865 SoC, LTE and sub-6 5G support, triple-lens rear camera (12MP wide + 64MP tele for 3x hybrid zoom + 12MP ultra-wide), up to 8K @ 24fps video recording and 4,000mAh battery.

What’s different though is the software package and app support. As Samsung explains:

With a highly customized software and feature set, the Galaxy S20 TE can operate seamlessly with a range of existing peripherals and supports the requirements of tactical and classified applications, especially those designed to help operators navigate complex terrain, expansive distances, and the potential loss of communication with command units. Galaxy S20 TE also introduces DualDAR architecture, which delivers two layers of data encryption based on the NSA standards to secure up to top-secret level data for classified missions.

Breaking it down further, the Galaxy S20 TE has multi-ethernet capabilities and supports a variety of networks, including Private SIM, 5G, Wi-Fi 6 and CBRS. All this ensures connections can be maintained when personnel pass through multi-domain environments.

The Galaxy S20 TE also features a night vision mode that allows operators to turn the display on or off when they’re using night vision eyewear. There’s also a stealth mode to quickly disable LTE and all radio broadcast.

Last but not least, Samsung is keen to point out that the phone is built on the Samsung Knox mobile security platform and features things like DualDAR 2-layer encryption. It also meets the Defense Information Systems Agency’s (DISA) Android 10 Security Technical Implementation Guide (STIG) compliance requirement, which is why the phone is approved for use within the DoD out of the box.