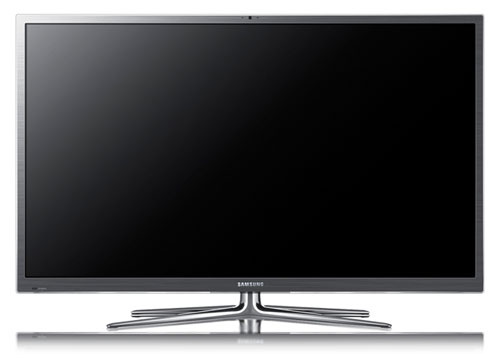 Based on a recent report by Displaybank, a display market research firm, Samsung Electronics has finally superseded Panasonic in terms of global shipment of plasma televisions in February 2012. As for the figures, Samsung shipped a total of 400,000 PDP units in February while Panasonic only managed 260,000. These stats were derived from Displaybank's "Monthly FPD TV Shipment Data".

Apart from restructuring plans, Panasonic also incurred heavy losses recently which compelled the Japanese CE maker to downsize their forecast for flat-screen TVs the company is planning to ship. They have also discontinued operations for a P5 PDP module assembly line, with plans to cease operations of sub-lines for the remaining P4 line in the upcoming years. Panasonic shipped 5.7 million PDP units last year but they've since lowered their shipment target down to less than 2.5 million units.

Samsung Electronics and LG Electronics, on the other hand, are showing little signs of slowing down for the South Koreans plan to ship as many PDP televisions as they did in 2011. Comparatively, Samsung and LG shipped 5.2 million and 4.3 million PDP units respectively last year.

On the whole, however, total plasma TV shipments in February have dipped 21% to 1,076,000 units compared to the month before. Displaybank is anticipating this figure to shrink further in March due to surplus inventories.

As things stand, it's hard to predict if Panasonic would ever bounce back from their current slump, but we can only hope that they won't concede and relinquish their PDP line altogether like Pioneer did three years ago.